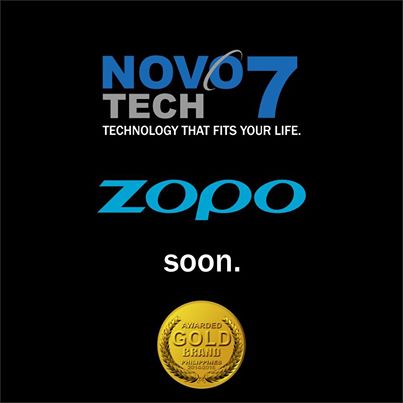 Novo7Tech teased on their FB page that they will be bringing in Zopo Mobile, another China smartphone brand, to the Philippines. Besides the teaser, they also posted a photo of an unidentified black Zopo smartphone.

The specs look impressive, to say the least. And according to reviews, it’s on par with other powerful China brand smartphones (like THL). For those curious about the phone, here is an article by GizChina comparing the Zopo ZP998 with the THL T100s (also brought in by Novo7Tech).

The arrival of Zopo could only mean good news for us , the consumers. Having more competition in the local mobile market could lead to better quality products and lower prices. It will make the market more competitive, and will improve the way local and international handset providers do their business.