Panasonic returns to the world of smartphones by announcing the Lumix Smart Camera DMC-CM1 at the Photokina 2014. Calling it a “connected camera,” this beautiful device is actually a powerful phone with a proper camera lens.

The Lumix Smart Camera runs on Android, and has very decent specs. It has a 4.7 inch full HD display, a 2.3GHz quad-core Snapdragon 801 processor and 2GB of RAM. It’s nothing to scoff at but the most interesting feature of this phone is the 1-inch sensor. The sensor comes with a 20MP resolution and an f/2.8 Leica lens.

This is quite the news because of the potential performance of the camera. Most point and shoot cameras don’t even come with 1 inch sensors, so Panny coming up with phone that has one is quite special. I can almost see camera enthusiasts rushing to get this, if you can get over the price — which is the combined price of a good smartphone and a good point and shoot camera.

The Panasonic Lumix Smart Camera DMC-CM1 is scheduled to be out in France and Germany by November. It will retail for a EUR 899 (around $1,163 or over Php51,000). So far, Panasonic has not announce any plans on making this available in other markets. 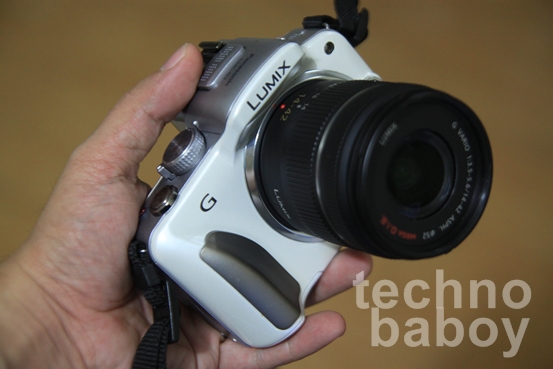