Cherry Angel has once again unofficially outed another Cherry Mobile phone. This time, its the octa-core touting Cherry Mobile Fuze S. An upgrade from last year’s Fuse, this one has improved specs, and a cheaper price when it was released. 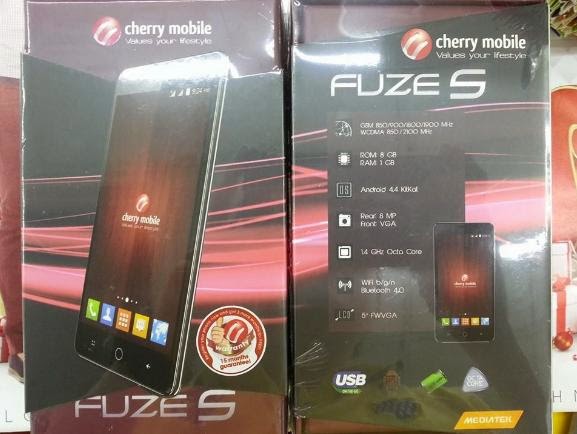 The Fuze S touts a 1.4 GHz octa-core processor, 1GB of RAM and a Mali 450 GPU. The display is of the FWVGA IPS (854 x 480 resolution) variety and measures in at 5 inches. Storage has been upgraded to 8GB (as is common in local phones nowadays) and it’s expandable via microSD up to 32GB. The main camera features an 8 MP sensor, while a VGA version is on the front. It has the usual variety of connectivity channels, plus OTG support. Lastly, its powered by Android 4.4 KitKat and a huge 4,000 mAh battery.

Retailing for PHP4,499, the Cherry Mobile Fuze S is a good choice if you are looking for an affordable octa-core phone with endurance. And while FWVGA resolution is a let down (especially on a 5 inch screen), the other specs and the price can cover for that negative aspect for most of its buyers.