Here’s one for the local brands. Philippine based MyPhone recently won a trademark battle against Apple. The decision came last May 18, when local Intellectual Property Office (IPO) ruled in favor of the local phone manufacturer. 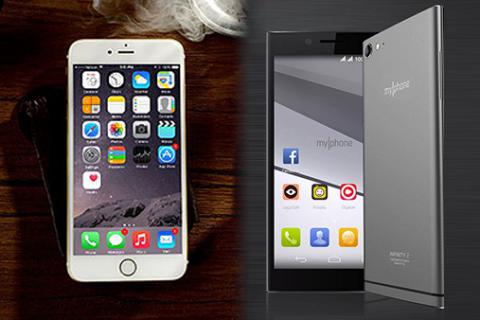 The Cupertino tech giant opposed the trademark application of MyPhone, claiming the name was confusingly similar to the iPhone, and likely to deceive or cause confusion. But according to IPO, there was no sufficient proof to conclude the two were confusing similar: “While the marks are similar with respect to the word (‘phone’), it is not sufficient to conclude that confusion among the consumers is likely to occur. ‘Phone’ is a generic term for mobile phones products.”

“This is a case of a giant trying to claim more territory than what it is entitled to, to the great prejudice of a local “Pinoy Phone” merchant who has managed to obtain a significant foothold in the mobile phone market through the marketing and sale of innovative products under a very distinctive trademark,” said IPO director Nathaniel Arevalo.

“The buying public should be credited with a modicum of intelligence and discernment in purchasing articles, such as gadgets and mobile phones. The fame and popularity of iPhone in fact makes it improbable for one to confuse MyPhone product as an iPhone,” he said.

Apple has 30 days from receipt of a copy of the decision to file an appeal. If no appeal is made, then the decision becomes final and executory.

MyPhone was launched by Solid Broadband in 2007. It is known as the Philippines first locally branded mobile phone. The company now sells over 40 models under the brand.