Smart Communications and PLDT recently announced that they will be holding the Philippine Clash 2015, the country’s biggest Clash of Clans (COC) tournament in the country with over P2 million in prizes.

“The COC phenomenon has hit the Philippines big time, with Filipinos from all walks of life bonding together to form clans and compete every chance they get – on the train, while stuck in traffic, or when they are just relaxing at home. It is just about time we put together the country’s biggest COC tournament and provide a venue for players and fans alike to showcase their skills in the spirit of friendly competition,” said Mellissa Limcaoco, head of Smart’s Innovation and Product Development Group.

The tournament is open to all Smart Prepaid, Postpaid and Smart Bro subscribers. It will feature several elimination legs in key cities, including Baguio, Batangas, Cebu, Davao, and Metro Manila before culminating in one big final clash in October.

The event will feature other activities for fans such as tutorials, games and meet-and-greet with the COC community. Smart has invited representatives from Supercell, the Finland-based developer of the game, and popular COC YouTube personalities Chief Pat and Galadon.

Since its launch in 2012, COC is one of today’s most popular games. Here, players can form their own clans with friends to compete against other clans. Each player has to expand his territory and train his troops. Through strategic use of resources, they need to defend his ground and battle with other online players for trophies, loot and prestige.

The full mechanics of the competition and details of the event will be unveiled soon, and interested teams may visit the tournament’s official site at www.smart.com.ph/pages/PhilippineClash2015  or follow Smart’s official accounts on Facebook (www.facebook.com/SmartCommunications) and Twitter (@SMARTCares) for updates. 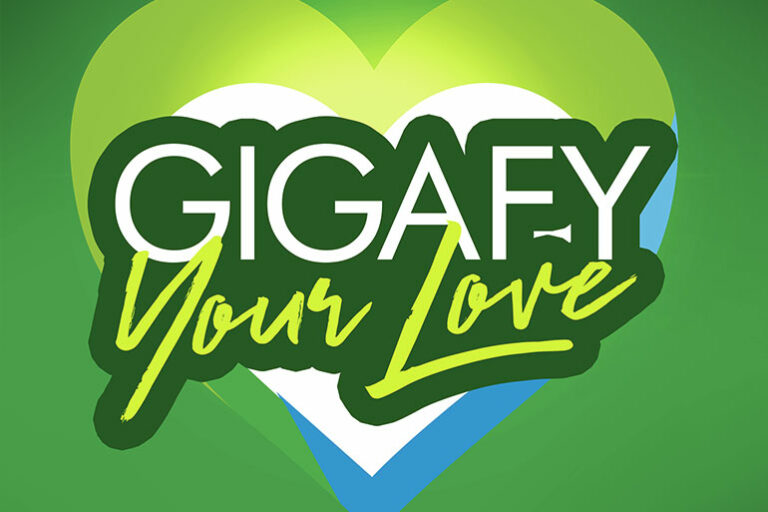 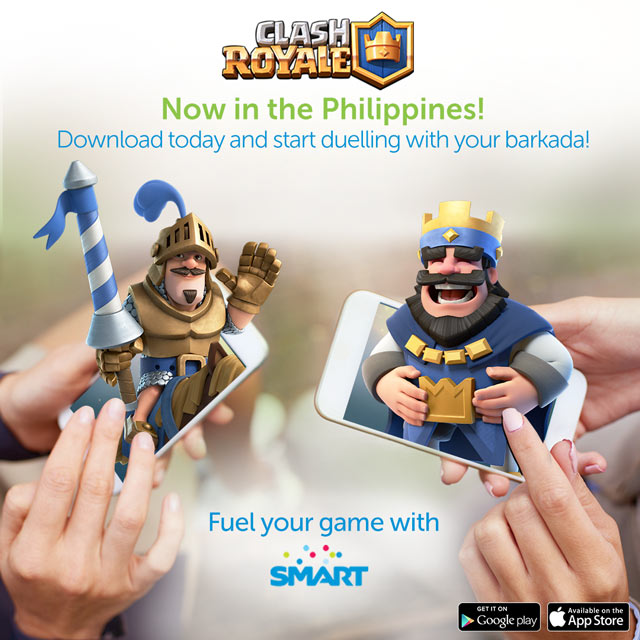 Clash Royale Comes to the PH with Smart 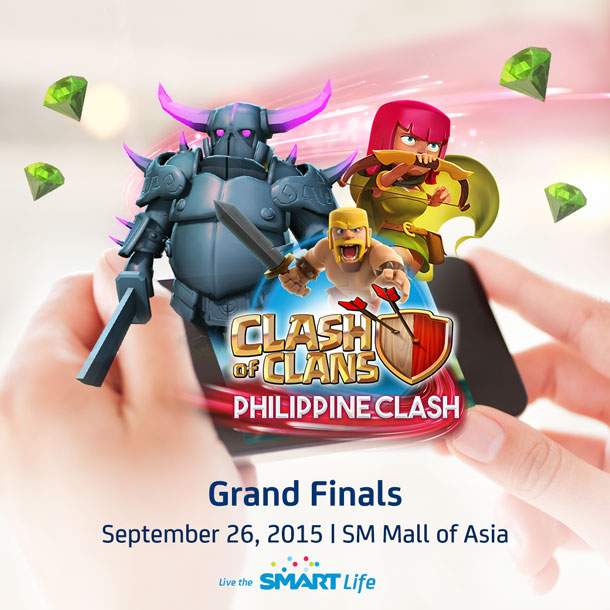 Grand Finals of Smart’s Philippine Clash set at the SM MOA on Sept. 26