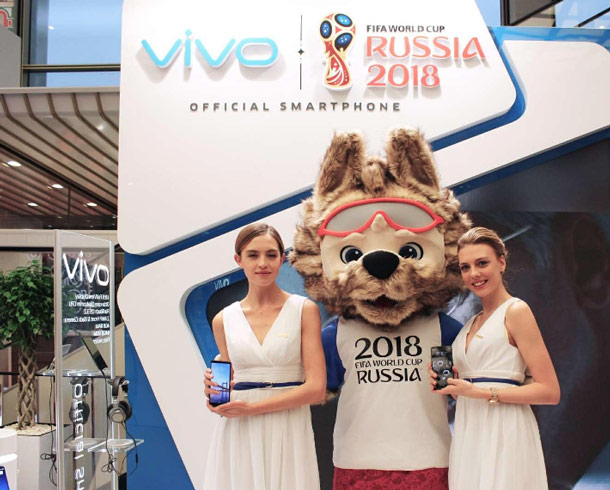 The smartphone made an appearance at a handover ceremony held ahead of the Wold Cup draw, attended by the media, FIFA affiliates, high profile guests, government officials, and FIFA representatives.

The partnership with FIFA will help Vivo reach the younger segment of the global population, especially fans of large sporting events. Vivo-initiated activities and activations will be run, with the objective of inciting the passions and fun of sports to fans. This will lay a solid foundation that will allow the brand to establish a leading position in the overseas markets.

In October, Vivo announced its expansion plan into new markets including Taiwan, Singapore and Russia.

When the 2018 FIFA World Cup kicks-off, FIFA staff will be relying on the special edition Vivo handset to help deliver the most anticipated football event in the world. The partnership with FIFA strongly connects Vivo’s international brand image with consumers all over the world.

Vivo became an official smartphone sponsor of FIFA last May 2017 under a sponsorship agreement that will run until 2022 and include the next editions of the FIFA World Cup in 2018 and 2022. The announcement was made in Beijing at the historical and iconic Imperial Ancestral Temple in the presence of Vivo Executive Vice-President Ni Xudong and FIFA Secretary General Fatma Samoura.