ASUS has just announced the ASUS ROG Phone at the Computex 2018 in Taiwan. The device is the latest attempt from a major manufacturer to introduce a smartphone specifically designed for gamers.

For those not familiar with the brand, the Republic of Gamers or ROG is a sub-brand of ASUS made for the hardcore gaming community. Their products meld the best hardware solutions to serve the performance needs of dedicated gamers.

While gaming phones aren’t new (Nokia, Razer Phone, and Black Shark come to mind), the ROG Phone looks the most interesting, to me at least, with its gaming-centric design, specs, and accessories.

As a gaming smartphone, the ASUS ROG Phone comes with a design reminiscent of the their gaming laptops — aggressive and edgy. Just by its looks alone, you’ll know it belongs to the brand’s family of devices. 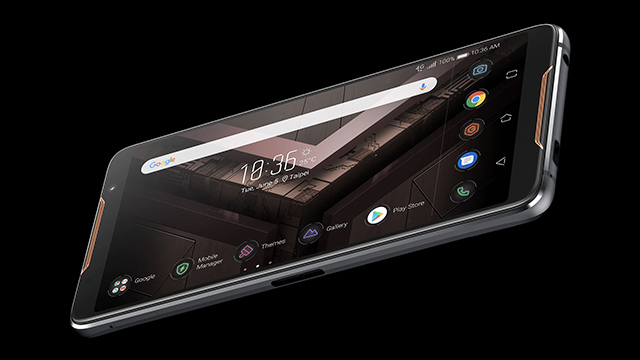 As for its internals, the specs are what you’d expect from an ROG gaming phone — top of the line for the best gaming performance. The handset comes with a 6-inch AMOLED 18:9 display with 90Hz refresh rate — basically it means the screen can refresh up to 90 times per second, ensuring animations look smoother and gameplay more responsive.

Under the hood, the smartphone comes with this year’s fastest processor — a 2.96GHz octa-core Qualcomm Snapdragon 845. It is partnered with 8GB LPDDR4X RAM and up to 512GB of UFS 2.1 storage. A vapor cooling system is also present, to handle temperature controls in case the phone is taxed too much because of gaming.

For intense gaming needs, the handset comes with an X Mode where the phone is optimized for gaming performance. Interestingly, this is activated by squeezing the sides (akin to the HTC Edge Sense system). Once activated, the phone’s UI color changes from a blue hue to a deep red.

Another interesting feature are the Air-Triggers. These uses the edge interaction technology, and acts like shoulder buttons on a regular game controller.

ASUS also announced a set of gaming accessories for the ROGPhone as well. It looks to be an important part of the ecosystem as the company showed off several items.

First there’s the classic gamepad accessory (much like a Game Vice) which adds analog controls to one end of the device and gaming keys to the other. It comes complete with shoulder buttons and the ability to wireless stream a game to a connected TV. 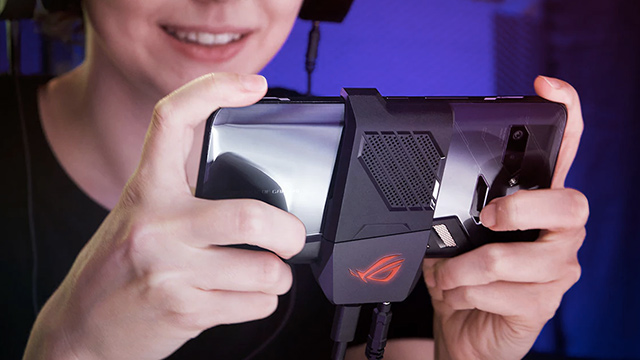 Another is the AeroActive Cooler, a fan accessory that attaches at the back for additional cooling when needed. It is activated through X Mode.

Next we have the TwinView dock, an attachment with another screen that makes the ROG Phone look like a giant Nintendo 3DS. It also comes with additional control buttons, a 6-inch secondary display, front facing quad speakers, another cooling system, and 6,000 mAh battery. 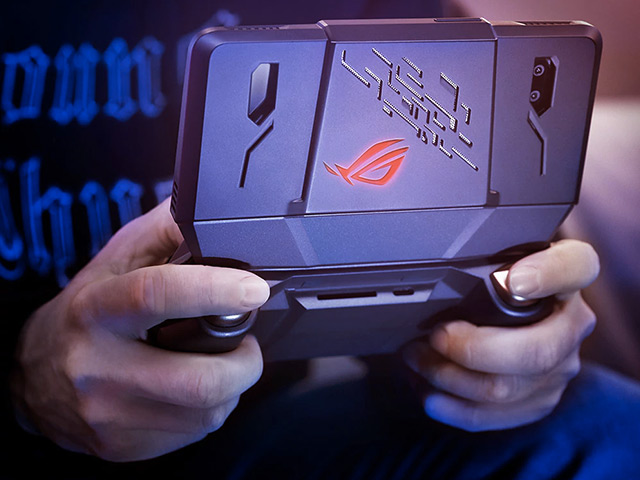 And last, is a dock station accessory (like Samsung’s DeX) where you can connect the phone to a monitor, keyboard and mouse, essentially turning it into a mini PC. This would be especially useful if you are invested in other ROG-branded accessories.

As gaming smartphones go, the ROG Phone is one impressive piece of hardware. It certainly nailed the gaming look as well as the gaming specs, but the question remains how this will appeal to the gaming community. Because as far as mobile games are concerned, there isn’t one available which demands such specs and features.

The ROG Phone’s price and availability date are yet to be announced. Judging by its premium specs and accessories, I have a feeling it will be matched with a premium price.