It looks like the next big feature of the upcoming Selfie Expert won’t be the triple cameras. The Twitter account of OPPO Malaysia released a teaser, hinting at what looks like a tiny display notch. 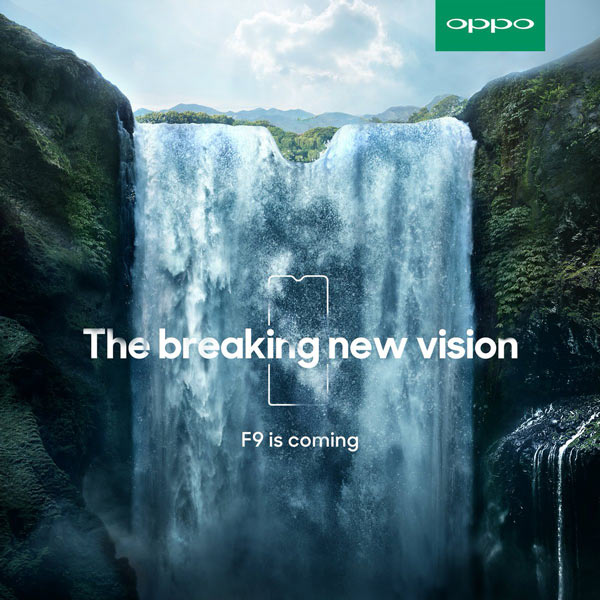 The teaser shows the phone’s silhouette with the tiny notch that dips/drips from the top and calling it a “new waterdrop screen.”

This was further supported by a “coming soon” image of the F9 Pro that was posted on OPPO Indonesia’s site. The image shows the F9 Pro in full, with the minuscule display notch, slim side and top bezels, and a tiny chin.

The image also shows the dual rear cameras in a horizontal format, and mentions the addition of VOOC, OPPO’s proprietary fast charging system. The claim is that a 5-minute charge can give up to 2 hours of talk time.

Aside from the camera and the notch, you’ll also notice the F9 Pro will come in red which changes colors to purple as it moves (similar to Huawei’s new Twilight color effects).

That’s all for now. We’ll find out soon what the handset has in store for us. The OPPO F9 series is said to launch this August.