Its official. The 2018 iPhone will launch on September 12, 2018 at the Steve Jobs Theater in Cupertino.

According to rumors (and one reliable Apple analyst), three new iPhones will be part of the 2018 lineup consisting of two OLED packing i-devices and a cheaper one with a 6.1-inch LCD display (which will come on a later date). 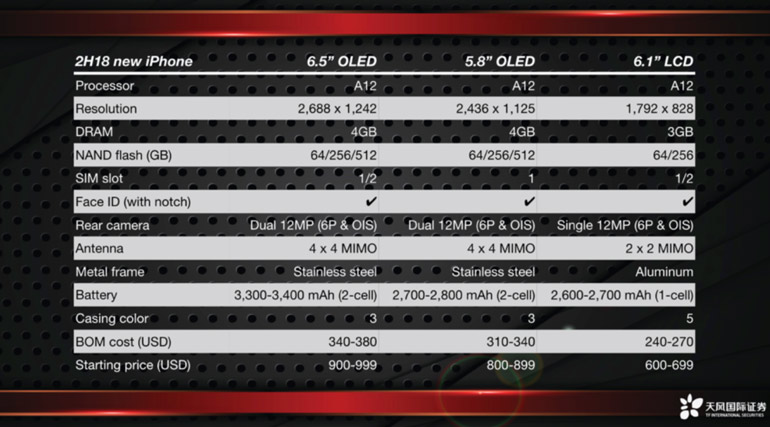 Related: Kou: 6.1-inch iPhone may be late; Apple Pencil will not be supported

All three iPhones are said to feature the new A12 SoC, wireless charging, Face ID, and a display notch. The 6.5-inch and 6.1-inch iPhones will come with a dual SIM option, with the smaller 5.8-inch having just a single SIM tray. The Apple Pencil will not be supported by the new devices.

The event could also have the new iPad Pro, the new Apple Watch, and maybe the new Macbook Air.

We’ll find out at the launch in the coming days.