The LG V40 ThinQ is all about its cameras — all five of them to be exact. The premium handset has three at the back and two in front.

On the flip side, the phone’s dual selfie shooters feature an 8MP standard and a 5MP wide angle camera. 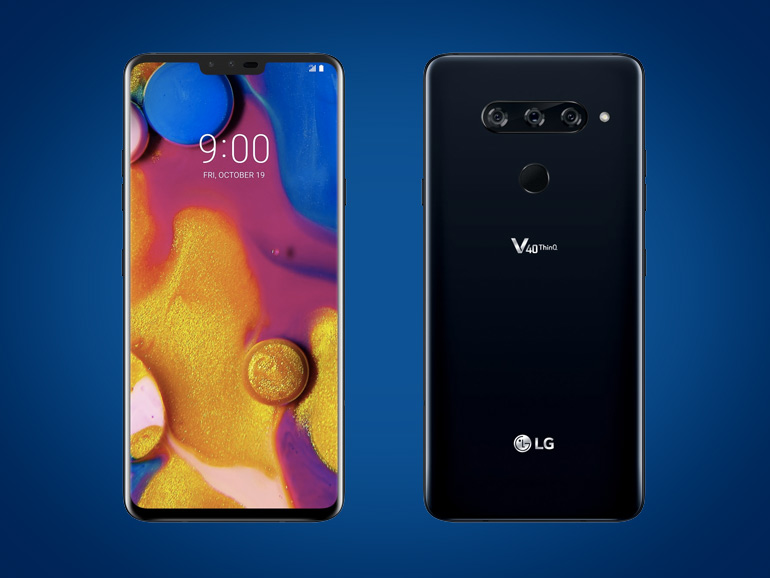 As for the other specs, the V40 ThinQ fronts a 6.4-inch FullVision display with a small notch and even tinier bezels. It has a quad HD resolution, HDR10 support, and an 19.5:9 aspect ratio. Inside beats a powerful octa-core Snapdragon 845 processor with 6GB RAM and 64GB of storage.

LG retained the 3.5mm audio jack in a time where others are keen on removing it. They added a 32-bit QuadDAC for those who love wired headphones.

You also have an IP68 Water and Dust Resistance, plus a MIL-STD 810 Compliance for extra toughness.

So far, the LG V40 is looking good on paper. But it does come with a few compromises.

On the software side, LG surprisingly went with Oreo on this one. Although I’m sure there will be an update to address this, its still a shame it didn’t launch with Android Pie, considering its already available.

Also, the battery is on the small side with 3,300 mAh. The phone supports fast charging, though, so it balances out.

The LG V40 ThinQ will be available in the US starting October 18 with a starting price of USD900. Converted, thats around PHP50,000.