OnePlus recently unveiled the Concept One smartphone at the CES 2020. Unfortunately, as the name suggests, it is a concept phone that probably won’t be sold.

The OnePlus Concept One was made in collaboration with sports car manufacturer McLaren. As you can see in the design, the phone is inspired by the McLaren 720S supercar and uses the signtature Papaya Orange leather with a gold metal frame. 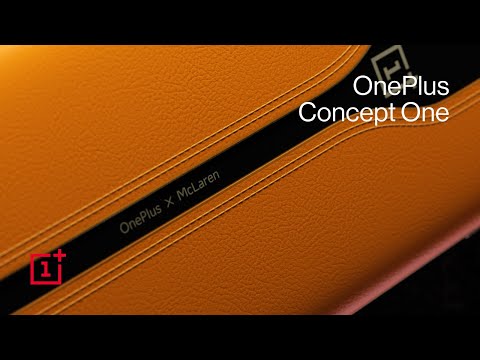 The Concept One’s major draw is its much talked about disappearing rear cameras. It uses an electrochromic glass that hides the rear cameras. As described by Pete Lau, CEO of OnePlus, it uses organic particles to create changes in transparency so that the glass covering the lenses can shift in an instant from opaque black to entirely clear.

It only takes 0.7 seconds for the opaque panel to turn transparent. Which means there’s little chance it will interfere with photo taking sessions. As an added bonus, the panel also works as an ND filter.

Unfortunately, it seems the OnePlus Concept One is a legitimate concept phone. But at least the tech is already out which means there’s a chance we could see it on a OnePlus phone in the future.