The hit free-to-play, open-world MMORPG Tower of Fantasy 2.1 update Confounding Labyrinth is set to arrive on November 22. It will introduce a brand-new map Confounding Abyss filled with new bosses, exciting challenges, and a new simulacrum, Lin.

Level Infinite and developer Hotta Studio provided some of the first details on the major update and exciting new content coming to the 2.1 update.

The Confounding Abyss is located just beneath Mirroria. Here, players can explore the ruins of the Third City, which is filled with diverse terrain and endless obstacles. As they venture deeper, they will encounter dangerous new mobs lurking within the area. As always in Tower of Fantasy, if players survive, exclusive exploration rewards await.

Also included in the update is the newest simulacrum character, Lin. She is the only daughter of the founder of Mirroria and was raised to be his successor. The people of Mirroria have already accepted Lin as a leader, even though she has not been officially appointed.

As a result of vigorous combat training from a very young age, Lin displays an aura of strength and prefers fighting on the frontlines with spectacular results. The key element that makes Lin so powerful is her alteration ability.

In Tower of Fantasy, each simulacrum is equipped with one element, for example, Ruby as flame and Saki Fuwa as frost. The division of these elements determines the player strategy.

Lin’s unique alteration ability breaks this limitation, which allows her to utilize all elements and can be used by players as a construction weapon for any element genre.

New bosses, thrilling challenges, and a 48-player battle royale mode Break From Destiny will also be introduced in the update.

See also Diablo Immortal available to gamers in Southeast Asia, including the PH; Here’s what you need to play the game

Tower of Fantasy has been nominated for Best Mobile Game at The Game Awards and the Google Play User’s Choice Game. It is available now for free at the official site, as well as on the App Store, Google Play, and Steam. 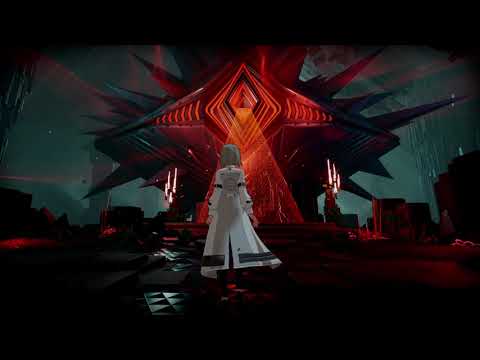