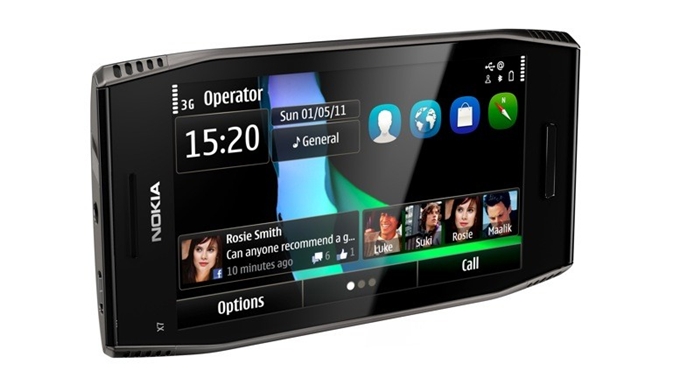 Nokia has officially announced the availability of the Nokia X7 in the UK.

The Nokia X7 handset will run an updated Symbian^3 “Anna” OS which is expected to showcase several enhancements, among which is an improved browsing performance.  The Nokia X7 features an 8 megapixel camera with dual-LED flash, a 4-inch OLED ClearBlack display, and a 256MB RAM.  The X7 also features 720p video recording and uses a 680MHz CPU. 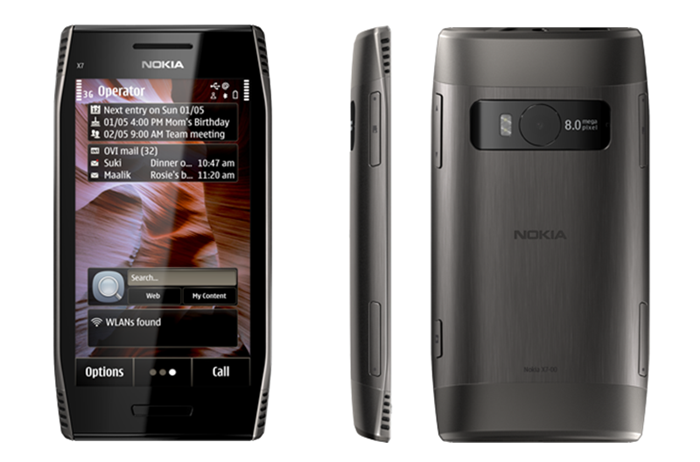 Honestly, I’m still not impressed with this offering from Nokia.  The design may be attractive but the specs cannot compete with upcoming Android models, or the iPhone 4 for that matter.  And the OS maybe improved, but an improved Symbian ^3 is still not as good as the newest Android or iPhone iOS.   Where are the Windows phones Nokia? Make them already!

Today Three confirms that it will range the Nokia X7. Built for multimedia, it showcases a 4″ touchscreen with an OLED Clearblack display, HD video and an 8MP camera with dual LED flash and zoom. All this and it is still pocket-friendly.

Underneath the stainless steel construction and smooth curved edges, the Nokia X7 runs on the new Symbian Anna operating system, which features more than 50 new enhancements. Highlights include a faster browser and full on screen Portrait QWERTY keyboard. Plus, with the new split view, users can see their message conversations, webpages, maps, contacts or email while writing.

The X7 also includes Nokia’s best in class free navigation that now allows check-in from the homescreen direct to destinations such as Foursquare, Facebook and Twitter.

Sylvia Chind, head of handsets commented, “The Nokia X7 is a great multimedia device, combining picture, video and mobile internet needs into one savvy smartphone. With a best-in-class four inch OLED ClearBlack display, superb camera and fully customisable operating system, our customers will have a great entertainment experience on this phone using out super-fast 3G network.”

For for information on this handset, watch the video below.

Survey: Nokia Still the No. 1 Phone Brand in the Philippines