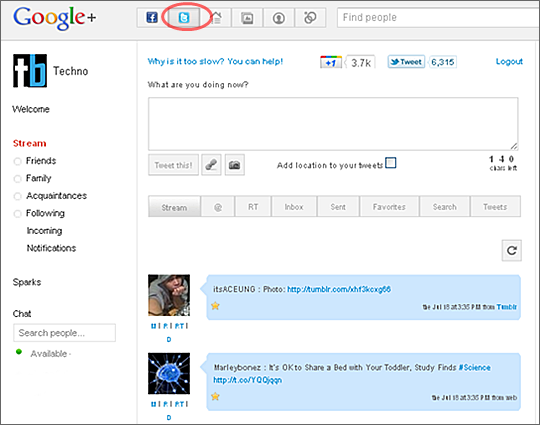 Google+Tweet is available on Google Chrome, Firefox and Internet Explorer.