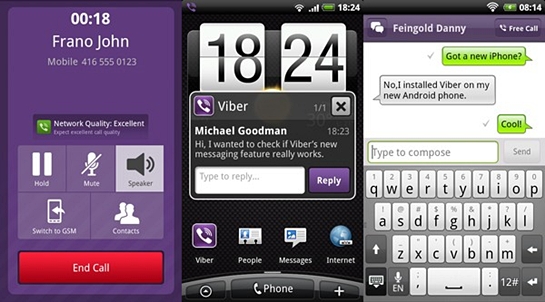 Viber is a free calling and texting app that has been on the iPhone for quite some time now.  Millions of users are using this app to make free calls and send free text messages over 3G and Wi-Fi but Android users have been watching from the sidelines with envy as the app was not available on Google’s platform.

Now Android users have a reason to smile as the Viber App has joined thousands of apps on the Android Market.  Android users can now make free calls and send text messages just like iPhone users. The Android version has features that are not on the iOS version such as a full call screen whenever a Viber call is received and pop-up text message notifications.