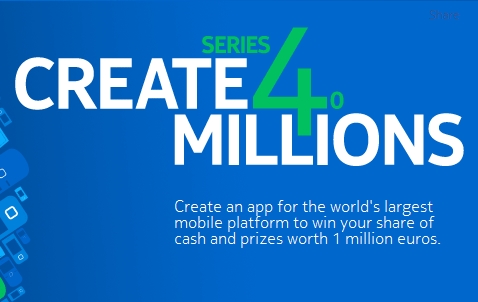 Nokia has an ongoing contest that encourages consumers to think of ideas for applications and developers to create them.   The contest is dubbed Create for Millions and puts a total of 1 million Euros worth of prizes at stake.  It tries to bring together users and developers in creating apps for Nokia’s Series 40 mobile phones.

For users, you can send ideas in three categories: Health and Education, Social Networking and Location, and Games and Infotainment.  Winners get to fly to London in October for free.

Developers, on the other hand, can submit Java and Web-based apps for Nokia Series 40 phones in four categories: In the Know, Fun and Games, Emotional Closeness, and Access to Knowledge.  Developers can win one of the 10 cash prizes for each of the four categories, with a top prize of 50,000 Euros in each category.

Nokia also has something for local developers.  The company is giving away these cash prizes for the winning apps.

Submission of entries for the competition is until September 20, 2011.  Hit the links below for more details.