When you hear the name Polaroid, you probably think about the 80s and the camera that instantly prints shots.  Polariod appears to be adapting to the times, and is in fact innovating.  The company just unveiled a camera phone, or a phone camera, depending on which side of the device you’re looking at.

The Polaroid SC1630 Smart Camera is a combination of an Android phone and a 16-megapixel shooter with 3X optical zoom.  This is a really interesting device and I see a lot of manufacturers copying this in the future.  The Polaroid Smart Camera looks thin for something that holds an optical zoom mechanism you can’t help but wonder how Polariod was able to pull this off. 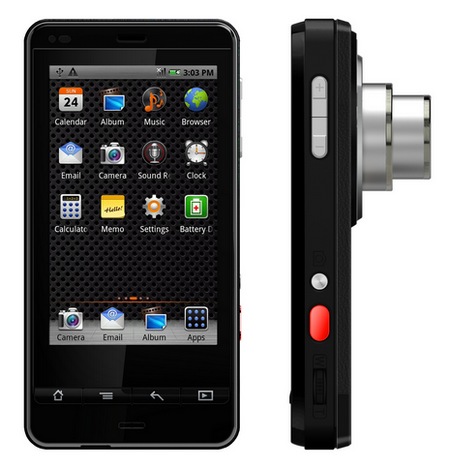 The camera is obviously the star here and in terms of features, the Polaroid SC1630 Smart Camera in fact offers a lot.  The display measures at 3.2-inches with 800×480 resolution and this acts as the control screen and image viewing area.  It has Bluetooth and Wi-Fi, so connecting to devices and sending the images should be very easy. The Polaroid SC1630 Smart Camera also has Smart Features such as Smart Album that organizes photos by date, location and people, geotagging, instant editing function, anti-shake, red-eye removal, resizing and color correction.  It also has 18 scene modes to choose from. 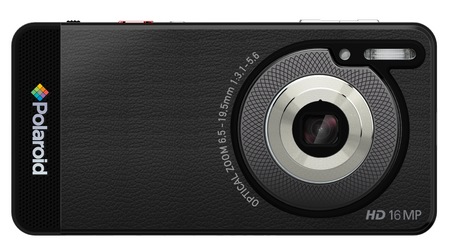 What I see as the deal breaker is the 512 internal storage but hopefully the official edition has a microSD slot for storage expansion.