I’m not really a tablet fan.  I’ve said this in my unboxing post for the Nexus 7.   I am fairly satisfied with the Galaxy Note as my daily driver and since it already has a huge 5.3-inch screen, I did not see any need to buy a tablet.  The Google Nexus 7 changed this, however.  The tablet is just too good to pass on and it’s too cheap it’s already within impulse buy territory.  Long story short, I gave in and purchased a Google Nexus 7 tablet.

There are already a lot of Nexus 7 reviews out there but it may still be worthwhile to read this review.  After all, it’s not as cheap to own one in the Philippines since it has not been launched here yet.  In fact, we don’t know if it will ever be formally launched here.  As should be expected, the $199 (about Php9,000) price tag the Nexus 7 carries in the US balloons to about Php12,500 when it reaches the Philippines.  I purchased mine online for P12,300.

Any gadget addict will know that the unboxing part is as much a source of pleasure as using the gadget itself.  And it’s always a bonus if the packaging is detailed and well-thought of.  The packaging of Google products are always nice looking, and it goes without saying that the packaging for the Nexus 7 is also top-notch.  If Apple is the yardstick for excellent packaging, the Google Nexus 7, just like the Samsung Galaxy Nexus, is up there with Apple products. 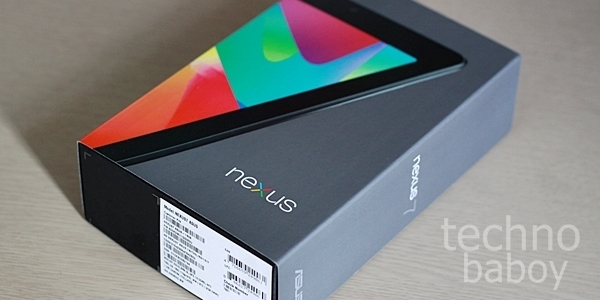 In any case, when you get past the layers of cardboard, you’ll see the Nexus 7 on top of the heap and tucked under are the micro-USB cord, the charger, and the manuals.  There are no earphones or a carrying case,which is perfectly forgivable.  I understand that things have to be sacrificed to reach the $199 retail price. 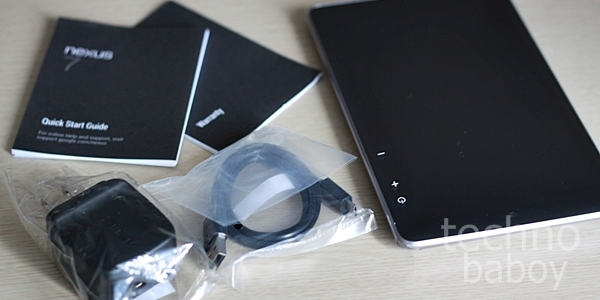 The Nexus 7 is wonderfully designed.  It truly belies the price tag.  Without even considering the stuff that’s inside the tablet, the Nexus 7 looks and feels expensive.  The display bezel is all black, with a silver trimming serving as design highlight.  The Nexus 7 is thin, but the silver trimming helps project a thinner profile. 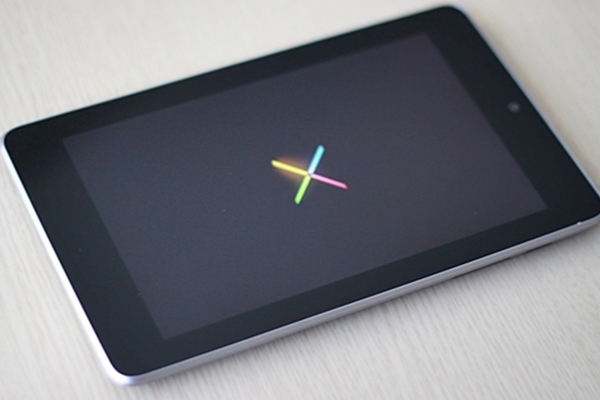 The back part differentiates the Nexus 7 from the tablets in the market.   Instead of sporting a silver or plastic coating, it has this dotted rubbery finish that imitates leather.  The word Nexus is emblazoned at the back and the word Asus can also be seen at the bottom, although it’s significantly smaller in size.  The Nexus 7 feels good in the hand and the curved edges make the grip feel very natural. 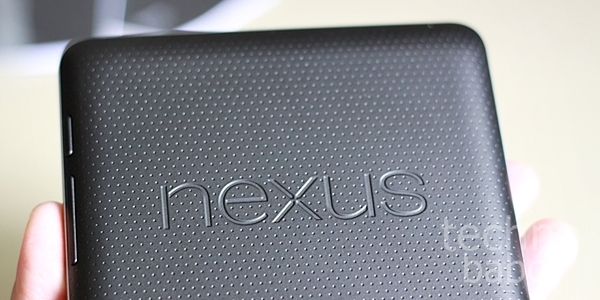 Powering up the Nexus 7 only makes the tablet more desirable.  The 7-inch HD display sports a 1280 x 800 resolution and on a 7-inch screen, this resolution is fantastic.  It is not retina level in terms of sharpness but it’s almost there.  HD videos look amazing on the Nexus 7 and with the Tegra 3 quad-core chip running the device, playback is very smooth.

The rest of the Nexus 7 specs include a GeForce 12-core GPU, a 1.2 megapixel front-facing camera, integrated NFC and 1GB of RAM.  All these specs honestly don’t belong to a $199 tablet. They are usually found in the more expensive ones.   So from the specs list alone, the tablet already looks like a bargain buy.

The Nexus 7 does not disappoint, performance-wise.  It’s really fast.  Transitions are super smooth and the animations look flawless.  This is possibly as much an effect of Google’s vaunted Project Butter as the hardware itself.  If Ice Cream Sandwich was fast enough, Jelly Bean is almost perfect.   That means I don’t have anything to complain about Jelly Bean on the Nexus 7.

The level of responsiveness is something new for Android, which , as a platform, has been bashed before for being laggy.  That has clearly been answered in the Jelly Bean version of the OS.  If you wish to know how the Nexus 7 fared in the Quadrant test, here it is.

As you have noticed, the Nexus 7 got a good score, but the HTC One X and Asus Transformer Prime performed better on this test.   Nonetheless, the Nexus 7 is still too fast.

One more thing I liked about the Nexus 7 is its excellent battery life.  Google and Asus have done wonders with the battery life of the Nexus 7.   Despite the Tegra 3 CPU running underneath the device, the Nexus 7 lasts more than 10 hours on continuous use.   If you use Wi-Fi sparingly, you’d get close to 20 hours with this thing.  This makes the Nexus 7 a good device for ebook reading and watching videos.

The Nexus 7 is not perfect but it almost is.  For the price of $199, it’s still amazing that you get a lot of features.  That includes a Quad-core CPU, Jelly Bean OS, HD display and excellent battery life.  What could be deal breakers for some are the lack of rear camera, lack of 3G connectivity and lack of microSD slot.  But for the Nexus 7’s very cheap price tag, that’s already asking for too much.  So if you need an Android tablet, going for the Nexus 7 will always be a good idea.