LG just announced what is arguably one of the best Android phones in the market.  The new LG Optimus G has previously been posted in several sources online but now, LG has made the smartphone official.  The Optimus G is the flagship Android phone from the Korean handset maker but it is also one of the top phones in the entire Android army of handsets.  At least the specs say so.

What makes the LG Optimus G impressive are its a 1.5GHz quad-core Snapdragon S4 Pro SoC, LTE connectivity, 2GB of RAM, 13-megapixel backside-illuminated camera and 32GB storage.  This is certainly a good set of specs that should put the Optimus G up there with the Samsung Galaxy S III and the HTC One X. 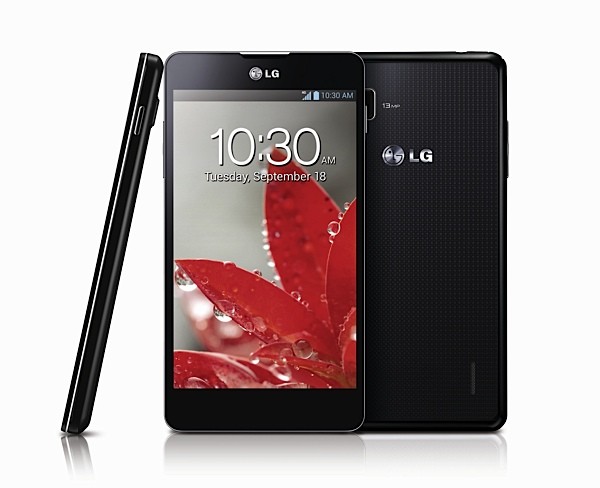 The LG Optimus G sports a sleek unibody design and a thin profile.  It is said to be a combination of LG’s Chocolate and Prada designs and comes in at only 8.45mm (0.33-inch) thick.  The back part of the phone features LG’s Crystal Reflection process that gives the phone the ability to display different patterns depending on the viewing angle and lighting.

The Optimus G has a huge 4.7-inch True HD IPS PLUS display with 1280×768 (320ppi) resolution.  It uses a Zerogap Touch (in-cell touch) technology which is one of the reasons the handset is quite thin.  The Optimus G’s 13-megapixel rear camera has f/2.4 autofocus lens and LED flash.   Other highlights of the Optimus G include WiFi, Bluetooth 4.0, A-GPS, NFC, MHL and 2100mAh Li-polymer battery.

The Optimus G offers a lot of software features like QSlide Function, Live Zooming, Dual Screen Dual Play, QuickMemo, Screen Zooming, Application Link and Icon Personalizer.  The phone’s camera can also do a lot of tricks like Time Catch Shot, Cheese Shutter, Smart Shutter and Low Light Shot Noise Reduction.  The Optimus G will be available in October.  Price is rumored to be at $800.