Samsung just released the Galaxy Muse in the US and there’s a good chance it will also be released in other countries, including the Philippines.   The Galaxy Muse is a small MP3 player that basically acts as a music companion to the Galaxy S III and Galaxy Note handsets.    How, you ask?  The Samsung Galaxy Muse basically syncs with these handsets, letting users transfer music from the phones to the player.  People nowadays use their handsets as their main music player, which means that the most important playlists are on the handsets.  With the Galaxy Muse, Samsung is giving users an option to quickly transfer songs in instances where users would want to leave their handsets behind.  With the Galaxy Muse, there’s no need for PCs when syncing music tracks.  Users can get their music on the Galaxy Muse through the Muse Sync app. 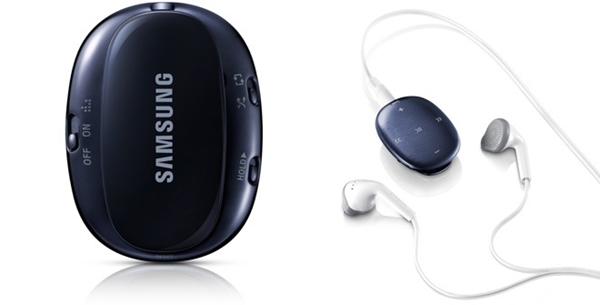 The Samsung Galaxy Muse has 4GB of internal memory and promises up to six hours of play time.  It comes with Samsung’s SoundAlive feature that is said to improve audio quality, giving deeper bass and enhanced tone with the capability of “intelligently” adjusting sound quality and clarity.

The Galaxy Muse has a rounded design and is available in Pebble Blue and Marble White colors. It has a wearable design and small form factor and it also comes equipped with a built-in clip. It has capacitive controls for navigating songs and playing music.

Galaxy Muse is available priced at $49.99 (about Php2,200).  The question is, why would anyone choose this over the iPod shuffle which is available for practically the same price?