The Pebble Smartwatch is one of the most successful campaigns in crowdfunding site Kickstarter.  It gained about 70,000 pledges and more than $10,000,000 funding during the course of the campaign.  The original shipment of the final product was scheduled in September of last year but it was delayed for months.  Now the product is ready for primetime.  The Pebble came before we heard of the Sony Smartwatch or the Metawatch but the Sony device was first to become available commercially.

The Pebble is connects to smartphones via Bluetooth and displays information like messages and calls on its screen.  Users are offered the ability to control music playback using the watch’s display, which means you don’t have to take out your phone when you’re listening to music.  There will be third party apps in the future and as long as Pebble allows it, it can interact with these apps. 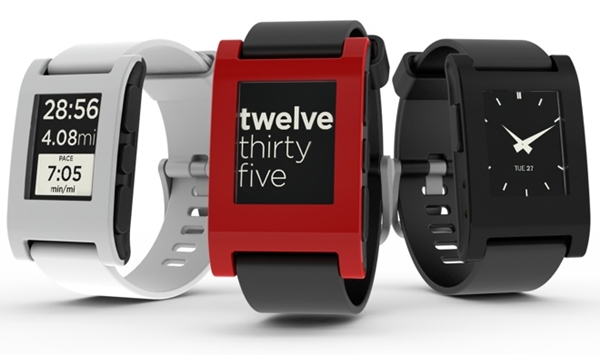 What makes the Pebble more practical as a smartwatch is it features an e-paper display which consumes less power compared to an LCD.  It’s therefore expected to last more compared to the Sony Smartwatch or the I’m Watch.   Even if it uses an e-paper display, it also has a backlight so data can still be viewed during night time. The Pebble has other features like waterproof coating, magnetometer, vibration motor, a magnetic charger, and an ambient light sensor.  Out of the box, the Pebble comes with multiple clock faces but through the SDK provided, more clock designs may be created.  The Pebble Smartwatch is compatible with iOS and Android devices.

The Pebble Smartwatch will start shipping to Kickstarter backers starting January 23.  There’s no word yet as to its availability to the general public, nor is there any word with respect to pricing.