We’ve been reading news that HTC has not been doing good.  The company’s recent products may be great but there’s something about them that simply does not appeal to the masses.  Take the HTC One X, for instance.  In terms of specs and features, it was one of the best during launch and even had some industry-leading innovations especially in the camera department.  The Windows Phone 8X and 8S are also good phones but apparently these handsets did not help improve the situation of HTC.  But all these negative news do not and should not stop HTC from coming up with new products.

Just recently, news came out that HTC outed a new phone called the Desire U.  It’s not a high-end phone but is meant clearly for the budget-conscious lot.  The design is not even fresh as it reminds us of HTC phones of the past. Honestly, this design is getting old.  I hope HTC comes up with fresh designs so people will become interested in its phones again. 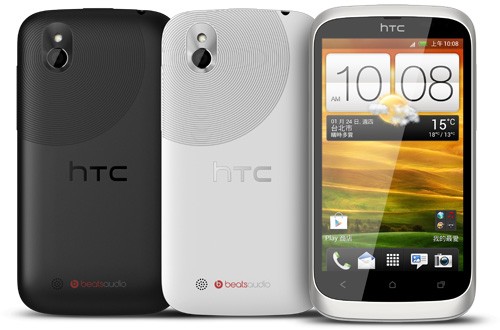 Going back to the HTC Desire U, the handset is a 4-inch device with unimpressive specs.  The WVGA display itself is quite boring with its 800 x 480 resolution.  The Desire U runs on a single-core 1GHz processor and 512MB of RAM and offers a paltry 4GB of built-in storage expandable via microSD slot.  There’s a 5-megapixel rear camera and the phone supports 3G, WiFi b/g/n and Bluetooth 4.0.  The Desire U runs Ice Cream Sandwich, and knowing HTC’s decisions when it comes to updates, a Jelly bean update in the future is doubtful, or if it comes, it will come too late.

This set of specs are not much, but if the price is right, the Desire U may have buyers, especially in China and Taiwan where the phone has been confirmed so far.  There is nothing known yet about the pricing and availability in international markets or if it will come in the same configuration when it reaches the Philippines.