The HTC Windows Phone 8S has a 4-inch Super LCD display which is a bit lower in quality than the Super LCD 2 found in the 8X.   It has Gorilla Glass reinforcement but this is the original version, not the new one used on the 8X.   The 8S has 10.28mm thickness, so it’s obviously not aiming for the thinnest phone title.   The back is however tapered, which should give the phone a thinner feel.  The two-tone polycarbonate 8S actually has a good-looking design which is quite fresh. 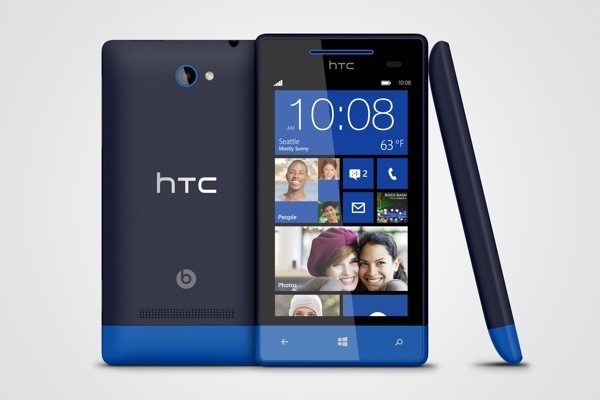 The internals of the HTC Windows Phone 8S are pretty basic.  There’s a dual-core 1GHZ S4 CPU, 512MB of RAM, 4GB of storage with microSD slot and 1,700 mAh battery.  There’s no LTE connectivity, only the older HSPA radio which should be enough for majority of uses.  The rear camera on the Windows Phone 8S is a 5-megafixel affair that’s capable of shooting videos with 720p quality.  There’s no front-facing camera, which is actually a deal breaker for people who do video calls a lot.

The HTC Windows Phone 8S will be available in November.  Color options include Domino, Fiesta Red, Atlantic Blue and High-Rise Gray.  There’s no word yet on pricing and availability in the Philippines.