Apple recently confirmed the availability of an iPad 4 with 128GB on-board storage.  The biggest storage available on the iPad 4 before this is 64GB but you’ll be surprised that there are people who need more storage on a tablet.  Apple needed to do this since its iPad line has no microSD slot for storage expansion. On Android tablets and even on Microsoft’s Surface tablet, there is a way to expand the physical storage in case users need more memory.  Apple refuses to offer microSD slot on the iPad although a lot of users demand this.

In any case, the 128GB iPad 4 retains all the specs of the newest iPad 4 and the change is really just on the storage.   It still packs a 9.7-inch Retina display, an Apple A6X chip, iOS 6 and an optional LTE chip. 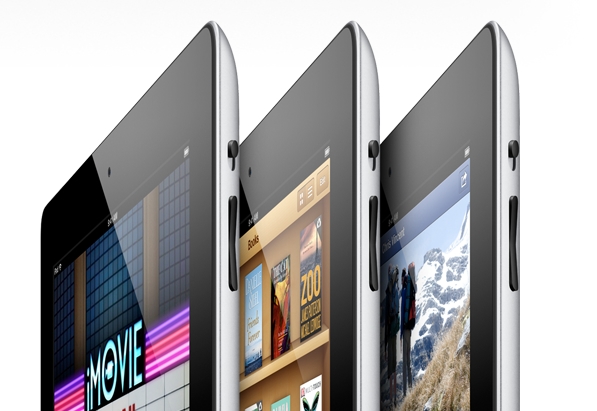 The price of the 128GB iPad 4 is quite expensive for most tablet users.  The Wi-Fi only version retails for $799 while the Wi-Fi + LTE version is priced at $929.  That’s almost MacBook territory if you think about it.  A 128GB iPad 4 will be useful for enterprises and for educational use but it’s not for the majority of tablet users, at least not under the current price point.

Apple recognizes this in its Press Release:

iPad continues to have a significant impact on business with virtually all of the Fortune 500 and over 85 percent of the Global 500 currently deploying or testing iPad. Companies regularly utilizing large amounts of data such as 3D CAD files, X-rays, film edits, music tracks, project blueprints, training videos and service manuals all benefit from having a greater choice of storage options for iPad. The over 10 million iWork users, and customers who rely on other incredible apps like Global Apptitude for analyzing team film and creating digital playbooks, Auria for an incredible 48 track recording system, or AutoCAD for drafting architectural and engineering drawings, also benefit greatly from having the choice of an iPad with more storage capacity.

With the availability of the 128GB iPad 4, Apple has put the pressure on Android tablet makers to offer a similar storage capacity.  Expandable storage is not always understood by buyers and cloud storage is still not being used by many tablet owners.