After reviewing the 50-inch Devant 50iTV630 Smart 3D TV, another television set dropped in for a hands-on review.  This time around, a bigger 55-inch model showed up in my doorstep ready for a round of tests and scrutiny.  I enjoyed the 50-inch version a lot and since it arrived, it has been a regular fixture in my living room.  I loved how great colors were rendered in the previous model I reviewed, both in 2D and 3D viewing.  The display was crisp and colors popped.  That was the first time I used a Devant TV and I must say my experience was a rather positive one.  Except for the minor limitations the TV had in the audio department, the Devant 50iTV630 Smart 3D Internet TV was a solid product, especially when you take the price into account.

With the 55-inch Devant 55WIZ830 Smart 3D Internet TV, Devant maintains the same value-for-price approach.  The 55WIZ830 is immediately a winner in my books in terms of design.  Features-wise, it has practically the same set of functions and offerings as the 50iTV630.  The price is much lower compared to 55-inch models from other brands, making the 55WIZ830 a true value purchase for those who want to upgrade to a bigger television set. 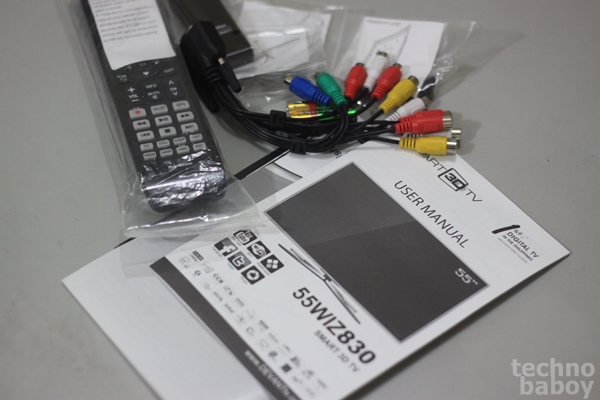 With current television sets, design matters a lot.  Most of the time, the features that new TVs offer are quite similar, with only a few relevant features distinguishing one brand from another.   Since features almost never vary, their design spells their success or failure.   With the 55WIZ830, Devant made sure that design will never become the deal breaker for purchasers. 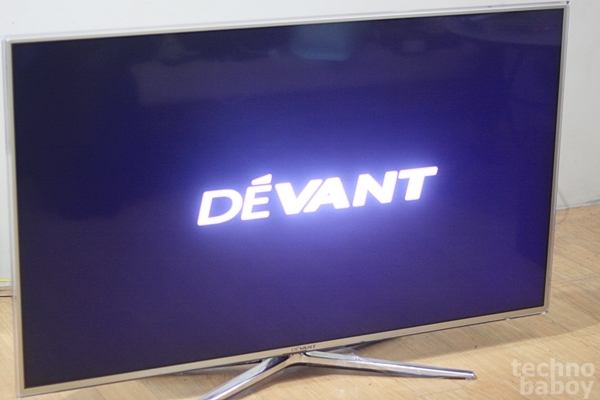 The 55WIZ830 has a stunning design, making use of silver and crystal elements to come up with a fresh, elegant look.  Unlike the 50iTV630 that has an all-black bezel, the 55WIZ830 has an all-silver bezel that’s so thin you’d be hard pressed to find a sexier TV.    The thin bezel makes the size look even bigger than it already is and to people who really are concerned at how their TVs look, a thinner bezel translates to a better looking set.  The silver bezel is then outlined by a crystal-like finish, giving the TV a really stunning appeal. 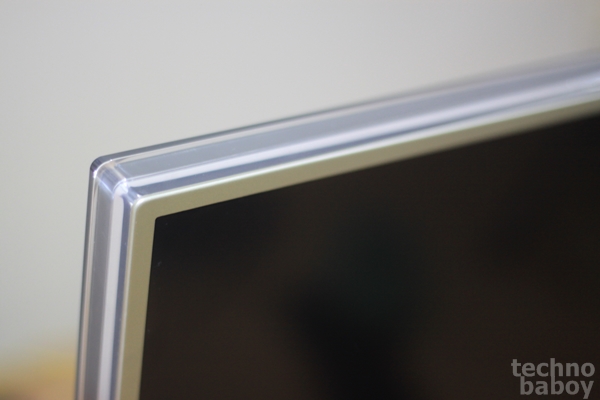 The all-silver four-legged stand completes the effect.  The stand has a shiny polished silver finish that adds to the flashy package Devant possibly wanted to achieve.

In term of thickness, the Devant 55WIZ830 has a very thin profile for a 55-inch TV.  When you look at the back panel, you’ll see that it’s thin at the outer edges and becomes thicker only on the parts where the speakers and the slots and terminals are located.  Overall, the Devant 55WIZ830 is thin enough but it’s admittedly not the thinnest TV around.  Needless to say, the Devant 55WIZ830 will look good installed on a wall or on its stand.   It bears mentioning that the package already includes a wall bracket. 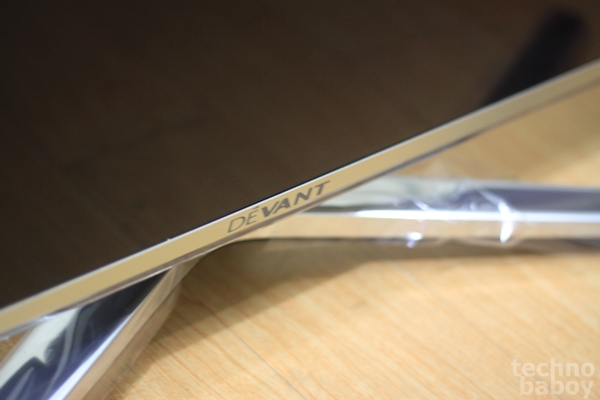 The Devant 55WIZ830 Smart 3D Internet TV is one TV that will never fail to convince purchasers that it is a premium product and it means business.   The 55WIZ830 actually reminds me of the beautiful designs from Samsung, and this is not a bad thing.  To compare Devant TVs with Samsung’s designs shows that Devant is up there with the big leagues in terms of looks and appeal. 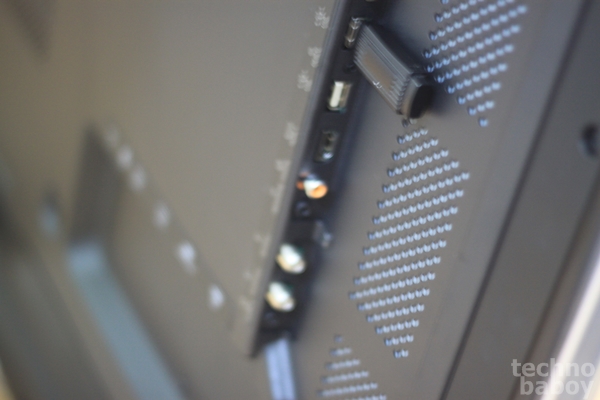 In terms of terminals, the Devant 55WIZ830 practically has it all.  It has an antenna input, a composite AV input, a component video input, slots for left and right audio component outputs, a VGA slot, an audio input for VGA, an audio video output, SPDIF, USB ports, 3 HDMI slots and a headphone jack.  The TV also supports DLNA, LAN and Wi-Fi connectivity through a provided Wi-Fi dongle.

The Devant 55WIZ830 Smart 3D Internet TV features an edge-lit LED display.  An LED display is generally considered to be better than the common LCD TV since it provides better picture quality and is more energy efficient.  The basic LCD display uses fluorescent lights while an LED display uses, well, LED lights.   With LED, there is said to be better color production and better contrast compared to non-LED displays. 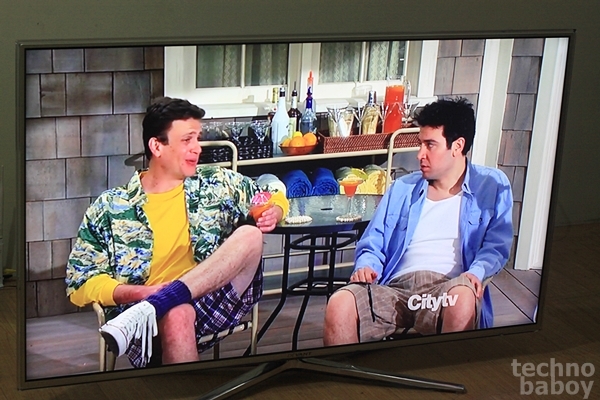 The full HD 1920 x 1080p display on the Devant 55WIZ830 is able to deliver stunning pictures in high contrast levels, making dark parts of a scene look really dark, improving the overall viewing experience.   The brightness levels are also more than satisfying, although it’s not surprising since LED displays are known for high brightness levels, and a TV with a dynamic contrast ratio like Devant 55WIZ830’s 3,000,000:1 you’ll certainly get an almost life-like picture.   In terms of viewing angle, the 55WIZ830 offers, on paper, up to 178 degrees viewing angle.  This claim is actually not far from the actual maximum viewing angle of the 55WIZ830.  That’s quite an amazing feat since it means you’ll be almost side by side with the display and you still get a decent viewing experience.

Now let’s go to the features of the Devant 55WIZ830 Smart 3D Internet TV.  After all, how far can good design bring you if the TV’s features are lacking?  Thankfully, the 55WIZ830 offers so much features for the price.  As the name implies, the 55WIZ830 is a 3D TV so if the family decides to pop in some 3D movies for a more engaging experience, the 55WIZ830 is more than willing to oblige.  The Devant 55WIZ830 comes with two 3D glasses that are so stylish they can pass as hip sunglasses from one of the popular brands.  Naturally, only two people can enjoy 3D viewing, unless you get extra 3D glasses for the rest of the family members. 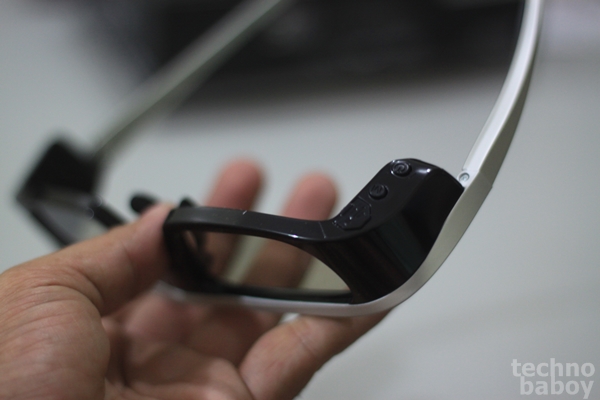 3D viewing on the 55WIZ830 is as good as, if not better than, 3D viewing on the smaller Devant 50iTV630 Smart 3D TV.  Using the free 3D glasses to view 3D videos is a great experience and feels like having your own 3D cinema in your very own living room.  For the best 3D viewing experience, you need to pop in a 3D version of the video you’re watching since it gives you much control when it comes to settings.   The 55WIZ830 allows you to change the depth of the 3D effect and options like left-to-right or right-to-left swaps, as well as adjustments on the level of convergence. The 3D viewing experience on the 55WIZ830 is quite immersive.  It’s no different than being inside an actual cinema and in fact, I got more details on the 55WIZ830 than on the cinema.  And since the TV is just inside my living room, I can easily pick the ideal distance away from the TV.  Overall, 3D viewing on the 55WIZ830 gave me a happy, satisfied feeling, like there is nothing else I’d want from a 3D TV in my living room.

If you don’t have actual 3D versions of movies, you can still get a 3D experience from 2D videos using the 2D to 3D Conversion feature on the Devant 55WIZ830.  This means that just about any video that you have can be watched in 3D effect, using 3D glasses of course.  This feature is something magical since the actual output is really 3D-like, although there are limits to how you can control or adjust the settings.   But just like real 3D videos, you can also adjust the depth of the 3D effect so you can choose the level of 3D depth that suits your taste.

The Devant 55WIZ830 is a Smart TV and the “smart” label comes from its internet apps and features like a preinstalled web browser, a Facebook app, a Twitter app, a YouTube app and a Picasa app.  Wi-Fi connection is achieved through a USB Wi-Fi dongle that comes with the package.   Connecting to a Wi-Fi network using the USB dongle is a cinch.

The apps on the Devant 55WIZ830 are easily accessible through a dedicated Smart button on the remote control.   These apps are not much different from those found on the 50-inch Devant 50iTV630 which I previously reviewed.  The interfaces are similar and the controls are also the same.  To navigate these apps, you need to use the buttons on the remote control so it’s quite frustrating at first.  On the browser, you move the cursor using the directional pad and for selection of letters, an onscreen keyboard makes entering letters a bit manageable.   If you get past the inconvenience of navigating apps using the remote control, using the Devant 55WIZ830 to watch YouTube videos, browse the internet and check updates on Facebook is actually a lovely experience.   The beautiful 55-inch screen on the 55WIZ830 makes a real difference. 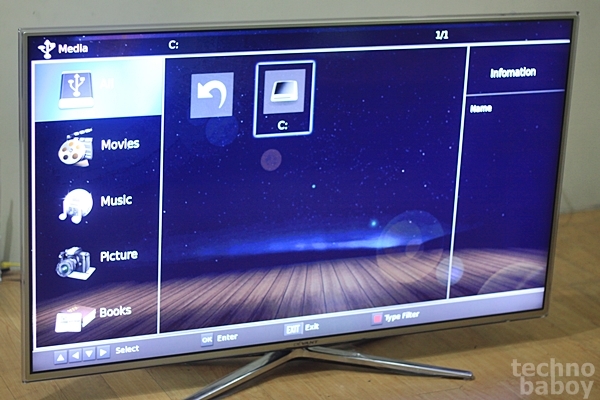 If there’s one complaint I have with the Devant 55WIZ830, it’s in the audio output.  The 10w output power on each speaker seems inadequate.  I can’t help but feel like the bass is and the overall sound quality leaves much to be desired.   This is actually the same observation I had with the smaller Devant 50iTV630 TV.  It’s not to say that the sound output is poor, it’s just not at par with the sound output you’ll get from Sony or Samsung TVs.  However, with the usual practice of enhancing home theatres with separate audio systems, this problem should not be an issue to most users.

The Devant 55WIZ830 Smart 3D Internet TV has a suggested retail price of P109,950.  For this price, however, you get freebies with the following options:

These are fantastic options in my opinion.

The Devant 55WIZ830 Smart 3D Internet TV is one product that I won’t hesitate to recommend.   It’s cheap for a 55-inch smart internet TV yet in terms of specs and features, it’s one of the best out there.  The design makes this TV a truly desirable product and it’s one that will certainly help enhance the look of your living room.  The display on the 55WIZ830 is also superb, with brightness levels exceeding my expectations and contrast levels delivering eye-popping pictures.  Of course you’ll also enjoy the 3D feature and the preinstalled smart apps like web browser, Facebook, YouTube, Twitter and Picasa.  The mediocre audio output may turn-off some buyers but it’s actually not that bad.   It’s just not as good as the audio output from more established brands.

At the end of the day, the fact still remains that the Devant 55WIZ830 is cheap considering the features that it offers.   To most buyers, this is the only thing that matters. 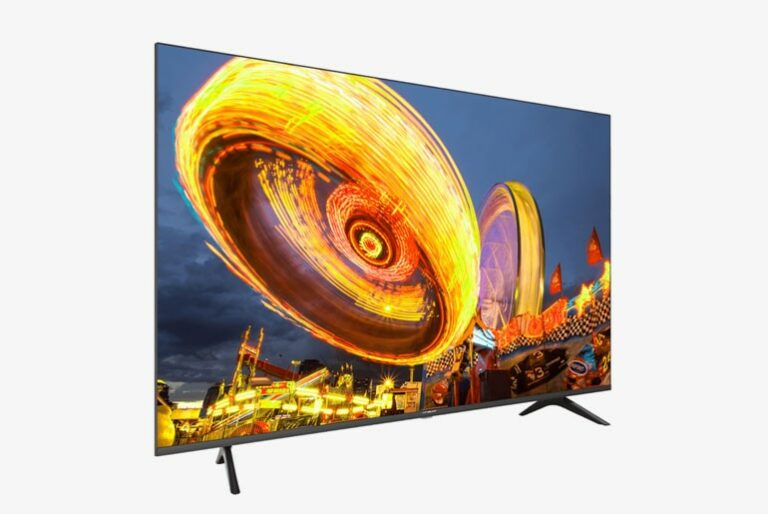 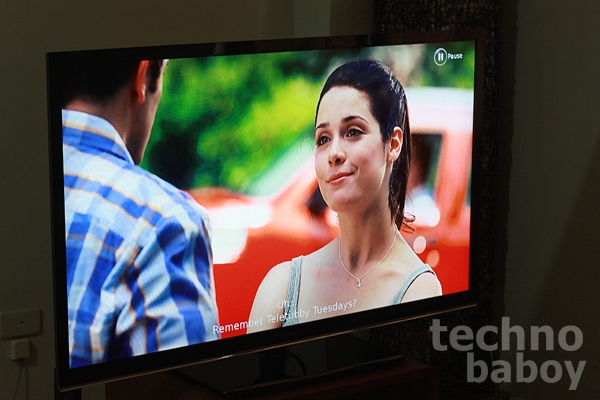