LG just announced the G Pad 8.3, an obvious competitor of the iPad mini which is rumored to get an updated model soon when the iPad Mini 2 is confirmed.  The LG G Pad 8.3, as the name suggests, sports an 8.3-inch display, which is closer to the size of the iPad mini than the second generation Nexus 7. 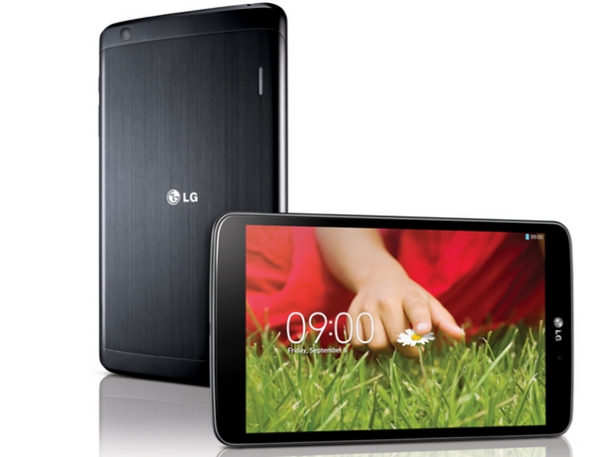 The LG G Pad 8.3 sports an HD display with 1920 x 1200 resolution, leading LG to claim that this is the first full HD 8-inch tablet.  This is of course an Android tablet and it will have 16GB of internal storage, 2GB of RAM, and a Qualcomm Snapdragon 600 quad-core processor clocked at 1.7GHz. The Android version is 4.2.2 but it’s quite certain that it will get an Android 4.3 update in the future.  The LG G Pad 8.3 will have a QPair app that allows users to pair the tablet to smartphones, making it possible to make and take calls and send messages using the tablet.

The LG G Pad 8.3 will be available in black and white and will be released during the fourth quarter of 2013.  Pricing has not been announced yet.