There is a new player in the mobile phone scene in Philippines.  The company is SKK Mobile and I had the chance to review one of its Android phone offerings, the Platinum.  The phone is a 5-inch device that runs Android 4.2.2 Jelly Bean and based on my review of the handset, it’s clear that SKK Mobile has a bright future in the local mobile scene.

The SKK Mobile Platinum is a premium-looking device.  For a phone that is locally branded, it is a well-made device, with build and construction matching that of devices from well-known brands like HTC or Samsung. 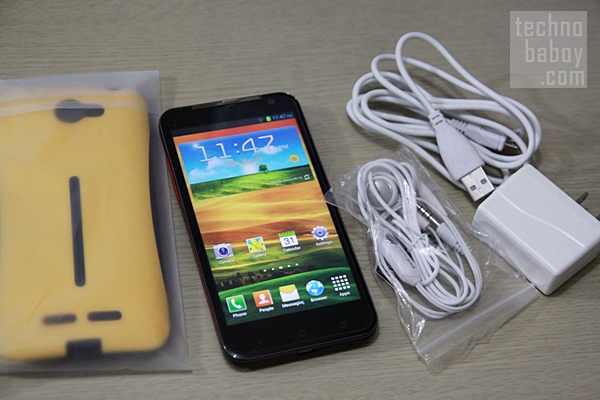 In terms of design, the SKK Mobile Platinum reminds me a lot of the HTC Butterfly.  The SKK Mobile Platinum is an all-black affair with red trimmings on the side and red accents on certain parts of the device like the red-colored capacitive buttons.  The glass element in front has a bit of glare when the display is not active and the back cover has a high gloss finish.  The entire device therefore has that shiny overall feel, which in all honesty gives it a premium, classy feel.  The only drawback to this is it attracts smudges and fingerprints easily, although it can also easily be wiped off. 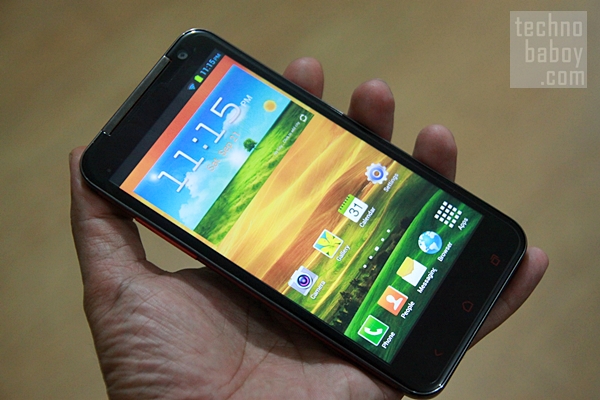 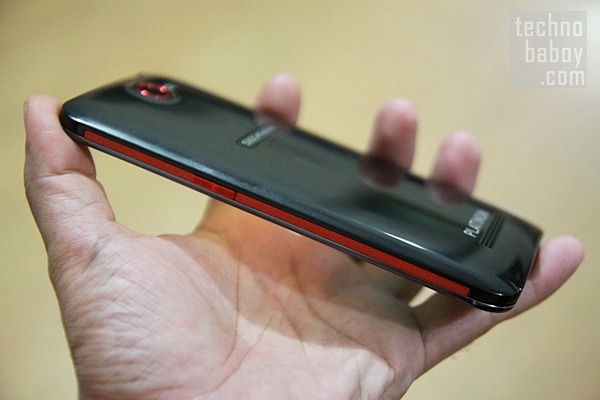 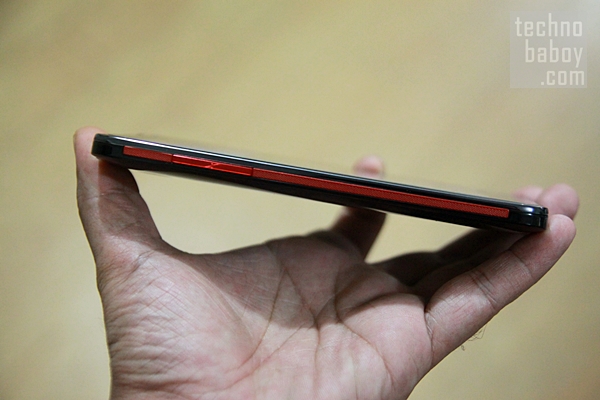 For buttons and slots, the SKK Mobile Platinum has the power button on the right side and the volume toggle on the left.  There is a 3.5mm headphone jack on top.  The back cover of the device is removable.  Taking the cover off reveals the battery, the SIM slot and the microSD slot.  For control buttons, the SKK Mobile Platinum has three on the lower bottom of the device which correspond to the Home, Back and Menu buttons.  These buttons look like the ones on the HTC Butterfly. 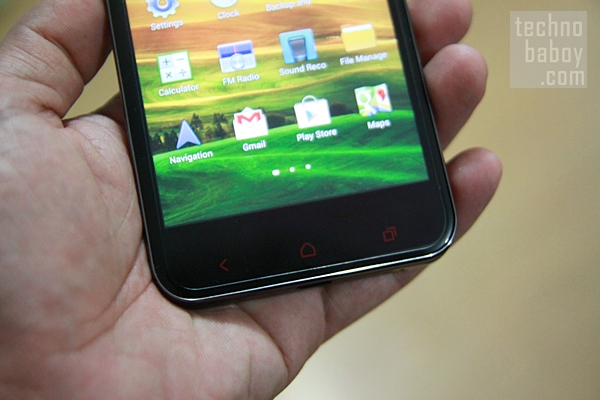 In terms of thickness and feel, the SKK Mobile Platinum is slim and light.  For a device with a big display, it manages to stay thin and light, which is good as it does not easily cause strain on the hand even during long periods of use.  It has a slightly contoured back that makes it easy to hold in the hand. 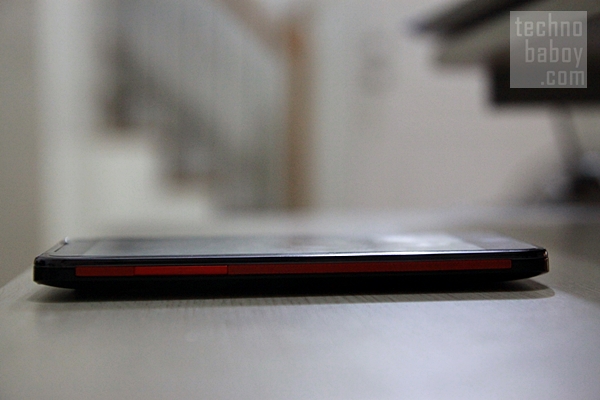 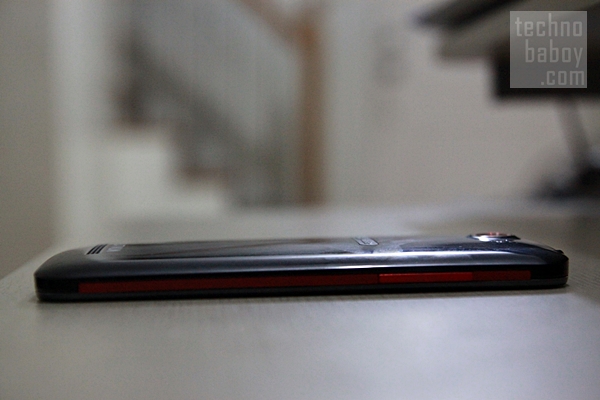 For something that commands a very reasonable price of P9,999, the SKK Mobile Platinum has a compelling set of hardware.  The main specs include a 5-inch 720p HD display, 1.2GHz quad-core CPU, 1GB of RAM, 16GB of internal storage with microSD slot for expansion up to 32GB, 13MP rear camera, 8MP front facing camera, dual-SIM capacity, W-Fi, Bluetooth, 3G and GPS.  These specs are usually found in premium handsets from known brands that carry high price tags but the SKK Mobile Platinum offers these specs for a very affordable price.  Nothing in these specs will make anyone feel that things have been compromised.  The quad-core CPU, the 5-inch 720p HD display, the 16GB internal storage and the 13MP and 8MP cameras all make this Android smartphone a worthy purchase.

The 720p HD display on the SKK Mobile Platinum is quite impressive.  It carries a 1280x720p resolution and the quality of the display is very satisfying.  It is sharp and crisp, with colors that are close to reality.   Unlike Super AMOLED displays which somehow oversaturate colors, the display on the SKK Mobile Platinum has a more natural feel.  Colors are simply rendered accurately.  Blacks are also deep on the device’s display so viewing photos and watching videos is a really nice and pleasing experience. 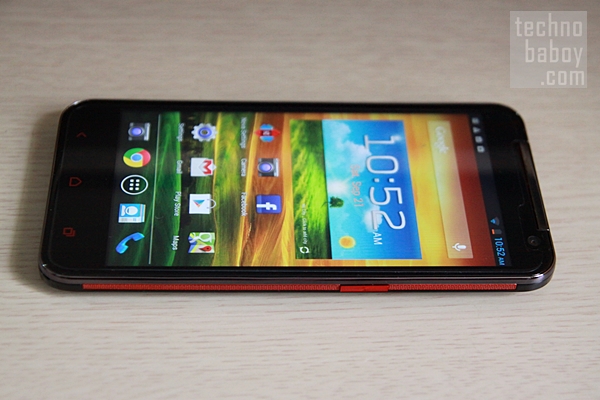 It’s also worth-mentioning that the display on the SKK Mobile Platinum is also very quick and responsive.  It also has a very good viewing angle and goes bright enough to be viewable even in direct sunlight.

The SKK Mobile Platinum runs Android 4.2.2 Jelly bean out of the box.  There’s a skin running on top that resembles Samsung’s TouchWiz.   There are app shortcuts on the dock and on the rightmost side is the app drawer, the same way it is located on TouchWiz.  Launching the app drawer brings up the apps tray with a background that is similar to the home screen wallpaper.  Apps rotate infinitely so if you want to go to widgets, you need to tap on the Widgets tab. 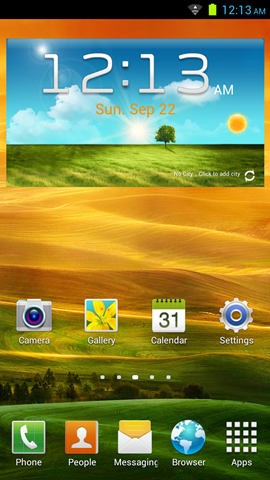 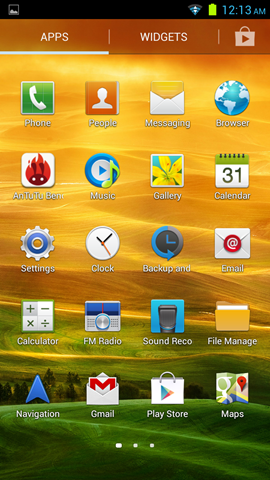 The notifications bar has a stock look to it.  Multitasking can be activated by pressing the home button, which could be quite confusing at the start.  The fact that the SKK Mobile Platinum combines HTC buttons with Samsung TouchWiz skin can be quite confusing for users but it doesn’t take a while until you get used to the whole thing. 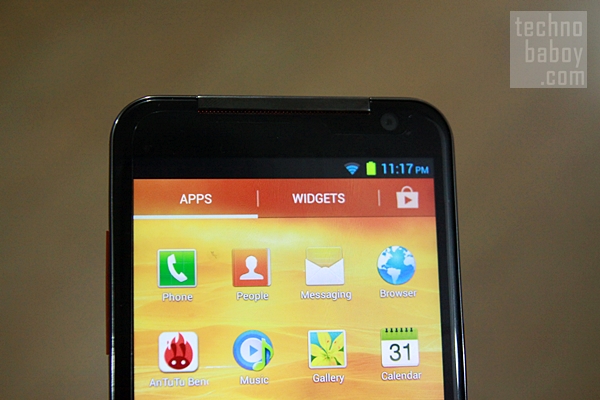 There are really no preloaded proprietary apps, just the basic Android apps that come with stock version of Jelly bean.  This is good news since it means that there are no unwanted apps that only make the OS bloated and therefore affect the phone’s performance. 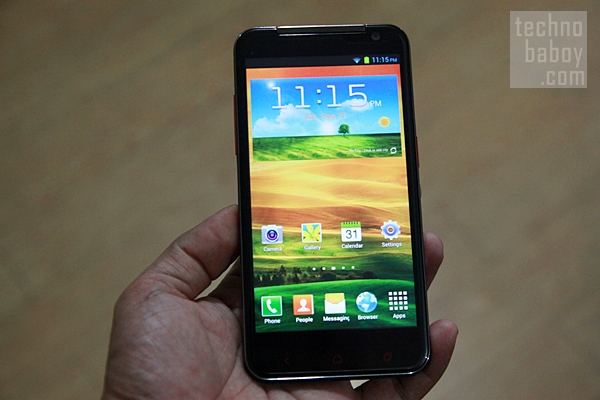 If you don’t like the SKK Mobile UI, you have the option of installing launcher apps like Nova, which offers an experience similar to stock Android.  This is what I did after a while and the phone now works like a Google edition phone.  I also installed Holo Locker which imitates the stock Google lock screen.

The SKK Mobile Platinum is a fast phone.  For a phone priced this low, I came away impressed with its performance.  Navigation is smooth and apps load fast.  The phone is also able to handle multitasking quite well and games played nicely on the phone.

In terms of benchmark performance, the SKK Mobile Platinum will not impress the speed freaks or the power users.  I ran Antutu on the SKK Mobile Platinum and it got a score of 13,560, which is not blazing fast.  Quadrant test, on the other hand, resulted in a score of 4,077.  Again, it’s not fast by industry standards.  These results are not that bad actually.  They are very decent considering the price of the phone. 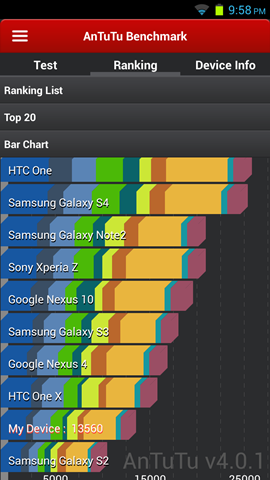 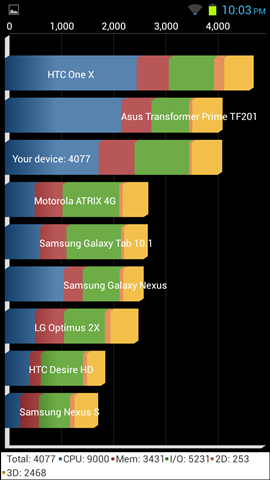 In actual use, the phone proved to be fast and snappy.  I had no issue with its performance, save for a few hiccups when too many apps are running in the background.  Overall, the SKK Mobile Platinum delivers a good performance, one that is well beyond my expectations.  The combination of a 1.2GHz quad-core CPU and 1GB of RAM proved to be good enough for normal use.

When it comes to battery life, the SKK Mobile Platinum doesn’t impress too much.  On a single charge, I got an average of 10 hours, which will definitely get shorter if you are the type who uses your phone extensively and run apps all the time.   Battery saving tricks can get you a longer battery life but just to be sure, you should bring a charger all the time.

The SKK Mobile Platinum packs a 13MP rear camera and an 8MP front facing camera.   Considering the price of this phone, a camera combination of 13MP and 8MP is something that users should be happy about.  The 13MP rear camera has an LED flash so low light shooting should never be an issue. 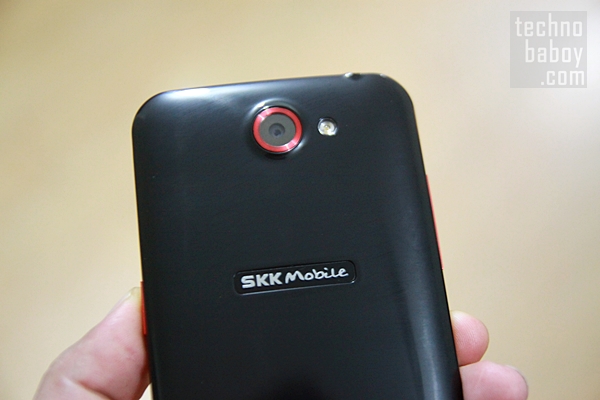 Under normal settings, the rear camera takes good photos with a great amount of details and a high level of sharpness.  Sample photos show that colors are rendered well, although in shots where there is bright source of light, shots tend to get washed out.  In a perfectly lit setting, however, the rear camera on the SKK Mobile Platinum performed well.  There is sufficient contrast, although it’s not consistent.  Some shots look like they require more contrast but it’s really nothing that a photo app can’t fix.

The 8MP front-facing camera is a selfie addict’s dream.  We usually hear about rear cameras having an 8MP sensor but if you put it in front, that’s bound to get some attention.  Filipinos are fond of taking selfie shots so the phone’s front camera with the 8MP sensor can be put to some good use.   Shots taken with the front camera are decent and have great amount of detail.  The crispness is there but contrast is a bit lacking.   If the scene is well lighted, the shots are really good but low light situations can pose some problems as shots become grainy and blurred.

Overall, the cameras on the SKK Mobile Platinum performed well especially considering the price of the handset.

Here are sample shots taken with the SKK Mobile Platinum.

The SKK Mobile Platinum is a budget Android device that aims to impress with its hardware specs.  It is priced very reasonably, retailing for only Php9,999.  For this price, you’ll get a 5-inch 720p HD display, a 1,2GHz quad-core CPU, 1 GB of RAM, 16GB of internal storage (expandable via microSD slot up t 32GB), 13MP rear camera, 8MP front camera and Android 4.2.2 Jelly Bean.  SKK Mobile was even generous enough to include a screen protector and a plastic case in the package.

The SKK Mobile Platinum not only has a good set of specs, it also has a good design that is clearly inspired by the HTC Butterfly.  The build is good and nothing about it spells cheap.  The phone can actually pass for something that came from a well-known manufacturer, except for the SKK Mobile branding that looks like it was glued to the back cover.   What the SKK Mobile Platinum going for it, except for the cheap price, is its great display and a fast overall performance.

If you are looking for a phone with huge display that will not cost you so much, the SKK Mobile Platinum is definitely worth checking out.