The new iPad Air is already sleek so it actually doesn’t need an ad to sell.  Apple however made a brilliant ad featuring the new tablet with the humble pencil as the star. 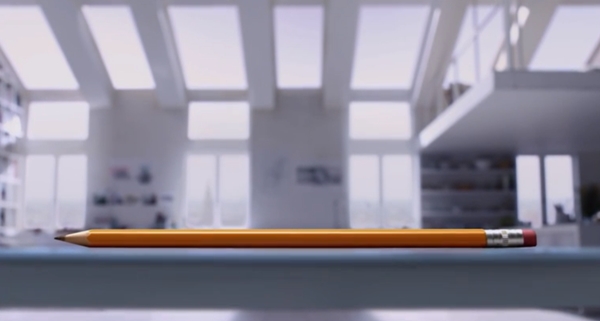 The ad talks about productivity and for the most part, it shows a pencil laid down on a table.  Towards the end, however, a hand picks up the iPad Air that has all along been hidden behind the pencil.  The ad is perfect in that it highlights the fact that the iPad Air is a productivity tool, which it really is.  The tablet has so many uses you see it being used almost everywhere.  The other thing that the ad underscores is the slim profile of the tablet, which is actually amazing considering that the iPad 4 was already incredibly thin.

Watch the iPad Air ad below.

By the way, in case you’re wondering who the voice is behind the ad, it’s no other than Bryan Cranston, known as Mr. Walter White in the Breaking Bad series.  Nice one Apple.