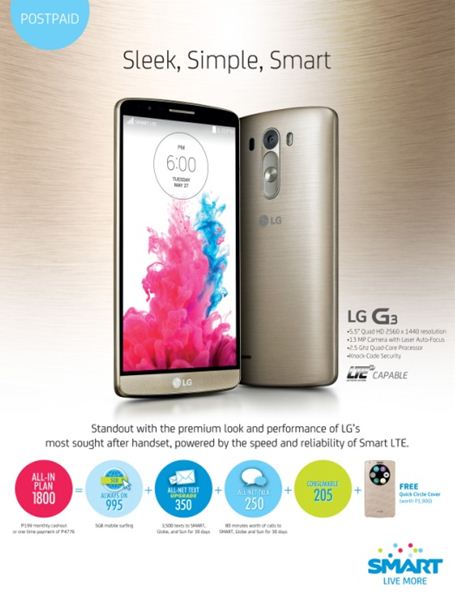 The recently crowned king of Androids and award-winning LG G3 (read our review here) will be offered by local wireless service provider Smart Communications, Inc. (Smart) starting October 17, 2014. With a monthly cashout of P199 for 24 months or a one-time cashout of P4,776, consumers are able to enjoy the smartphone powerhouse at Smart Postpaid’s fully customizable and fully consumable All-In Plan 1800.

The LG G3 can also be availed for free under SMART’s All-In Plan 2500 and Data Plan 2000, or for a certain cashout under other Smart Postpaid Plans.

All Smart postpaid subscribers can also enjoy the telco’s recent free mobile Internet service at no extra cost, initially up to 30MB, until January 5, 2014. On the average, a subscriber with 30MB can enjoy 20 social media posts with photo, 50 web pages loads, 20 plain emails, and 15 minutes of music streaming.

Launched in the Philippines last July of this year, LG G3’s Quad HD display, alongside its 13-megapixel camera with Optical Image Stabilization Plus (OIS+) and the smartphone’s first Laser Auto Focus, makes the G3 one of the most technologically advanced smartphones today. Its redesigned graphic user interface (GUI) also provides an intuitive, more enjoyable user experience.

The LG G3 is powered by the Android 4.4.2 KitKat and features the award winning Floating Arc design, which makes the smartphone very comfortable to hold despite its 5.5-inch 4k display with 538ppi. It also has a wireless charging function and a huge 3,000mAh battery. LG’s signature Rear Key first introduced in its predecessor, the G2, has become more refined and blended seamlessly into the G3. 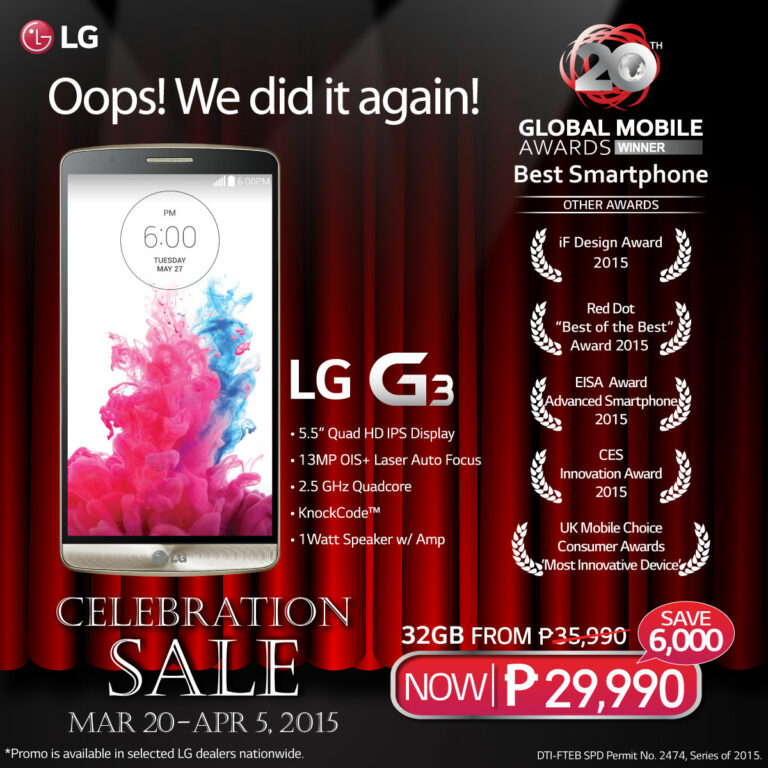 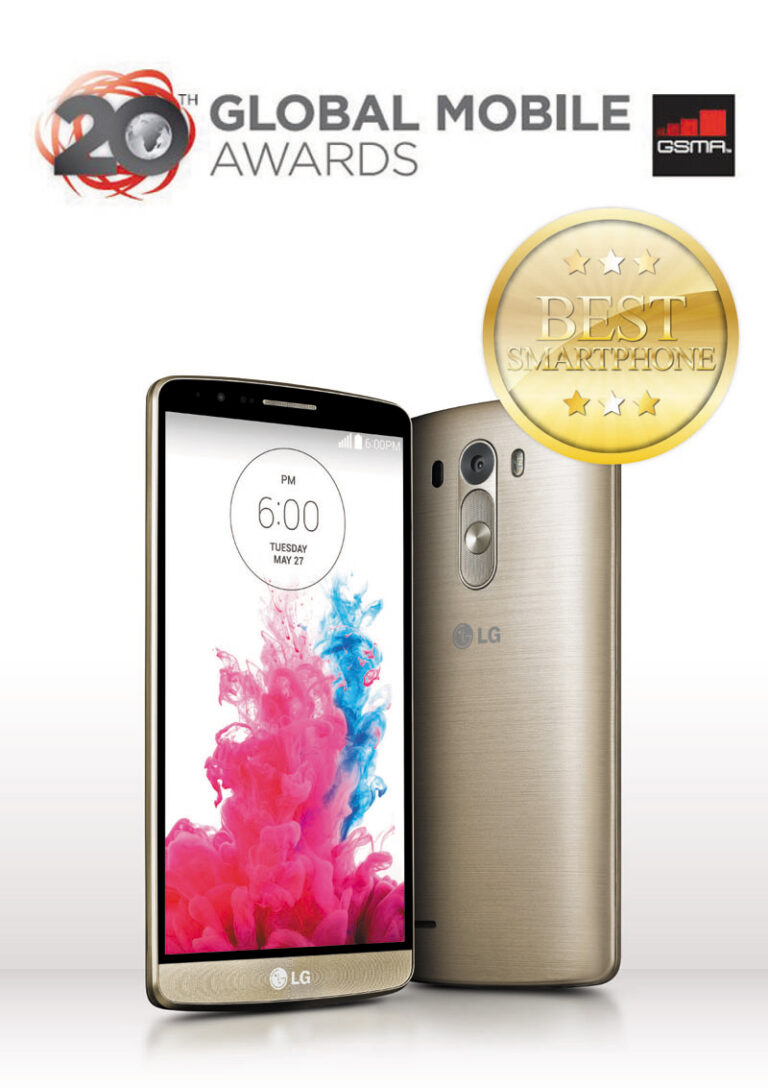 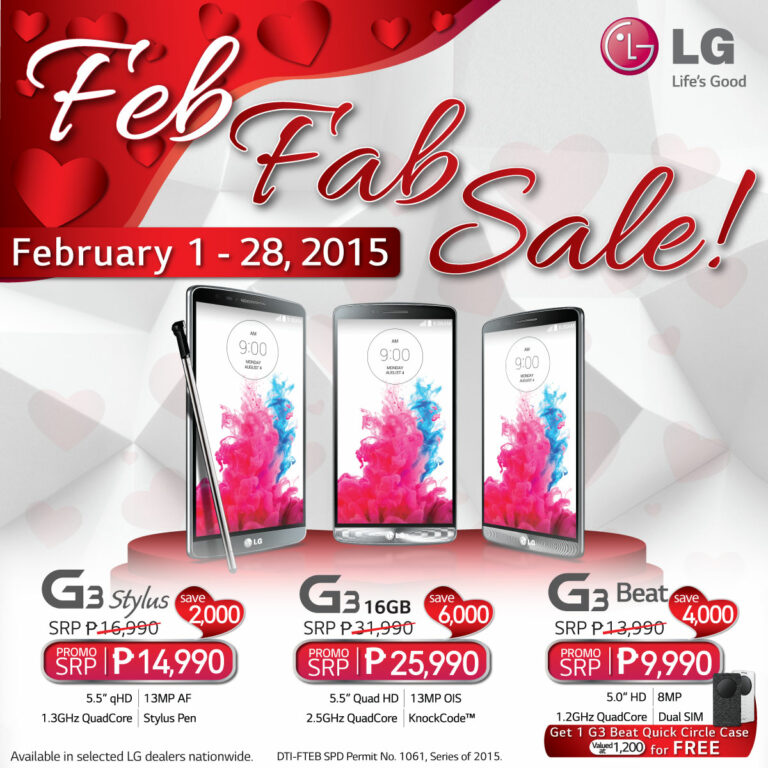