Xioami announced yesterday that it will be bringing in the Mi 4i smartphone to the Philippines. Billed as a flagship device, it comes with impressive specs, a full HD 5-inch display and MIUI 6 based on Android Lollipop 5.0. All for an affordable price of only PHP9,799. The event was held at Yardstick Coffee in Makati City.

The Mi 4i features a 2nd generation 64-bit Snapdragon 615 octa-core processor comprised of four 1.7GHz performance cores and four 1.1GHz power-saving cores. It comes with an Adreno 405 GPU and 2GB of LPDDR3 RAM. Storage is set at a standard 16GB, but doesn’t come with an expansion card slot. I guess they had to cut corners somewhere to maintain the price point. Battery capacity is 3,120mAh. It has a Quick Charge feature, supporting 5V 2A charging.

The Mi 4i comes with a 5-inch full HD display with a resolution of 1080 x 1920 and a pixel density of 441 ppi for that added sharpness. To put it into perspective, the iPhone 6 Plus’ 5.5 inch retina display has a pixel density of 401 ppi. It also has an NTSC 95% color gamut, which basically means it can show more color range (you know, redder reds and bluer blues). The screen is protected by a non-gorilla Corning scratch-resistant glass.

One of the more interesting features of the Mi 4i is the Sunlight Display. Basically, it is a hardware level tech that adjusts individual pixels to improve the display’s colors and contrast, making it easier to see in direct sunlight. Xiaomi’s staff demoed it to us by shining a flashlight on the light sensor. It works well, but we didn’t have the opportunity to test it under the sun.

When it comes to imaging, the main camera is a 13MP 2nd gen Sony/Samsung CMOS sensor. It has a large f/2.0 aperture and a two-tone flash. The front camera has a 5MP sensor with a larger f/1.8 aperture and an 80 degree wide angle lens.

The Mi 4i is a very good looking device. It’s compact and thin, despite the 5-inch display. It feels good in the hand, with impressive build quality. To showcase it’s durability, Xioami even showed us a video of how Foxconn made and tested the phone. There were various machine initiated drop tests and water tests (short of being splashed; drips of water on the device). It’s a video so I’ll hold judgement for now (not that I would test it that way). The 5-inch full HD display is also nice, showing good colors and contrast.

A quick run through the home screen showed the device is initially very smooth and responsive. The processor combined with MIUI 6 showed a lot promise performance wise.

The Xiaomi Mi 4i is priced at PHP9,799. It will be available through Lazada starting July 29, and through Mi authorized resellers starting August 1. It will also become available with Smart and will come with a prepaid SIM. Pre-registration will start on July 24. I’ll update this post when I have more details. 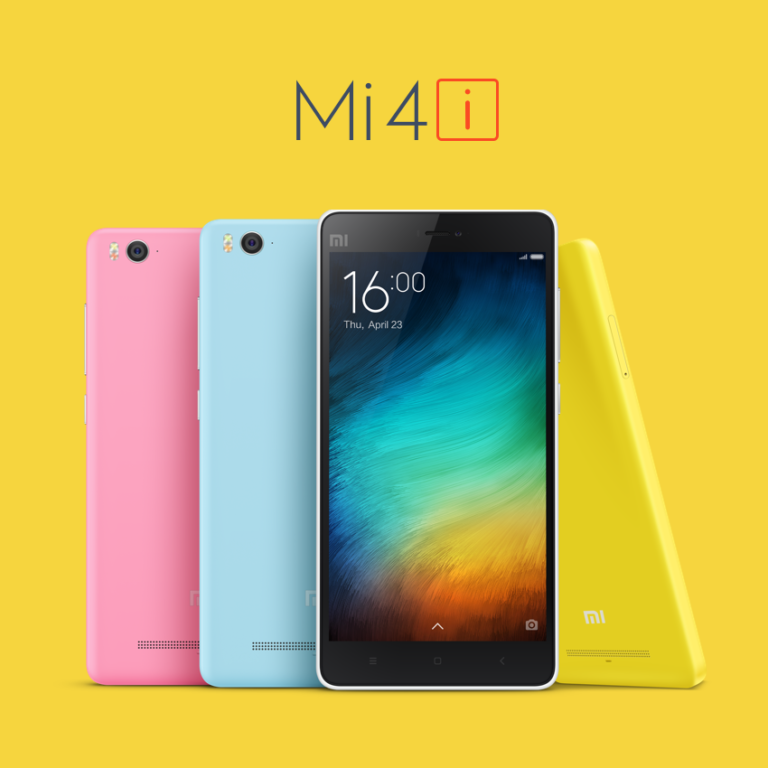 Xiaomi launches Mi 4i in India