For a limited time only, Smart is giving an additional 1GB of data on top of regular offers from GigaSurf 99 and AllOutSurf 99.

News alert! Smart has another fantastic promo. This time, the telco is giving an additional 1GB of data on top of the regular offers from GigaSurf 99 and AllOutSurf 99. The promo is only until November 17, 2017, so be sure to take advantage of this while its still available.

The question now is — which is the better of the two? And as always, my answer is — depends on what you need. If you spend more time on Facebook than any other site or app, then going with AllOutSurf makes more sense. If you’re more heavy on the web browsing, then I suggest you go with GigaSurf. Personally, I use use the latter.

To give you an estimate on how much data you use, check out Smart’s data-calculator.

Smart GigaSurf 99 offers 2GB of open access data, and unlimited text to all networks for only just PHP90, good for 7 days. That’s more than enough to surf the web, chat, or post on social media.

To use the service, just text GIGA99 and send to 9999. Or you can also get it through the My Smart app, available on iOS and Android.

Smart AllOutSurf 99 has a more balanced offering (in contrast to the data heavy GigaSurf). This one comes with 1GB of open access data, unlimited Facebook, 100 minutes of calls to Smart, TNT and Sun, and unlimited texts to all networks for PHP99, valid for 7 days. 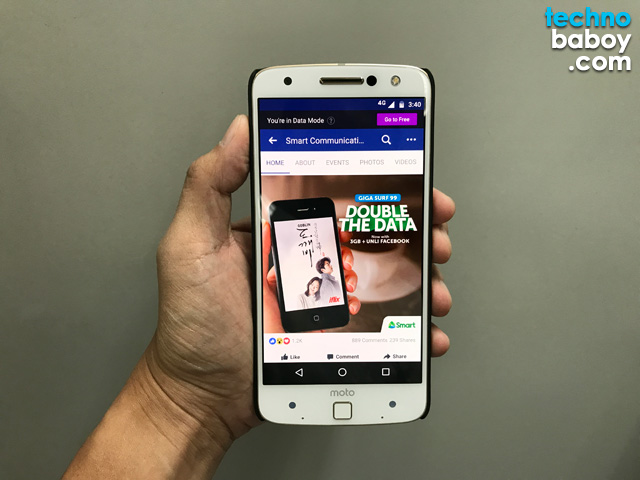