Yup. Its official. The OPPO F7 is coming to the Philippines this April. The phone is confirmed to sport a 6.23-inch display, 25MP selfie camera. 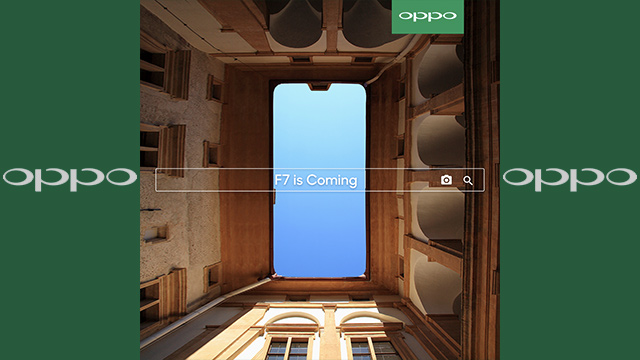 As expected, the OPPO F7 will officially launch in the Philippines this April 2018. There’s no exact date yet, but at least we know the phone’s arrival is near.

As for the phone’s specs, only the AI-powered 25MP selfie camera, and a notched 6.23-inch 19:9 full HD+ display is confirmed. The rest we’ll rely on what we know based on the numerous leaks that was released in the past days.

We already know about the selfie camera, but rumors suggest that the front facing shooter will come with the second generation AI Beauty Technology, and will also feature group selfie beautification, HDR and Vivid Modes, and the aforementioned AR stickers.

The rear camera will have a 16MP sensor with AI Scene and AI Recognize Technology. The former helps identifies scenes and objects in real-time, and adjusts camera settings automatically. The latter provides distinction between people and background, adjusting for improved depth of field in photos.

As for the internals, the F7 is said to come with a MediaTek P60 processor with NeuroPilot AI technology, and a 3,400 mAh battery. According to the leaked internal document, the new smart chip will help manage the background intelligently by learning the habits of the user, thereby improving performance and battery efficiency.

The phone is also expected to run on ColorOS 5.0, based on Android 8.0 Oreo, and will include performance updates and other enhancements found on Google’s current OS.

That’s it for today. As always, take these with a grain of salt. The information can still change before the big reveal.

The OPPO F7 will officially launch in the Philippines this April. It will first launch in India on March 26, 2018.