Xiaomi’s Blackshark gaming smartphone looks like a Gameboy/Playstation portable. It is set to launch on April 13, 2018. 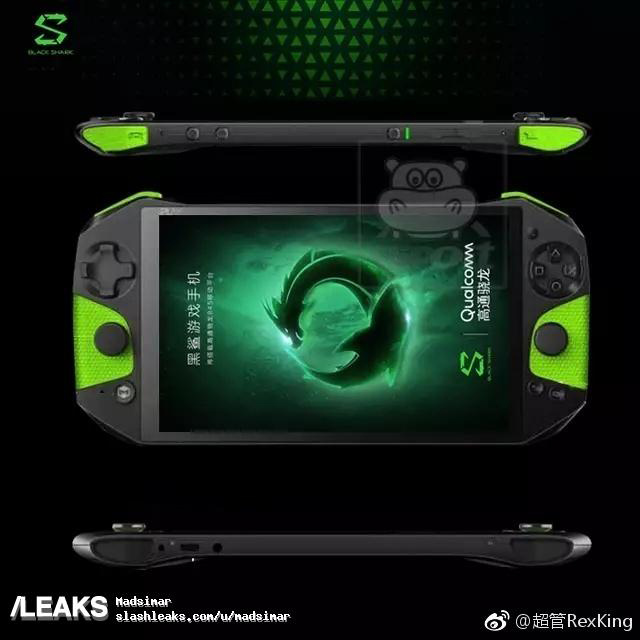 Leaked images recently surfaced revealing the Blackshark smartphone. And true to its gaming-focused nature, it looks like a handheld device close to Gameboys and Playstation Portables, more than a phone.

The handset will come in green and black, and features analog sticks, navigation keys, L1 and R1 buttons, and regular buttons with Playstation-esque shapes as icons. It also has

Regarding the specs, Blackshark confirmed that the phone will be powered by an octa-core Qualcomm Snapdragon 845. As for the rest, information came when the device allegedly appeared on AnTuTu and Geekbench, showing 8GB RAM, 32GB of storage, a full HD+ display with 2160 x 1080 resolution, and Android 8.0 Oreo.

Everything else is still unknown. We’ll find out soon enough what the rest of the specs will look like when the smartphone officially launches on April 13, 2018.

Oh, and in case your wondering, the phone scored 270,680 points on AnTuTu Benchmark.