The Huawei Mate 20 was spotted on AnTuTu Benchmark. The smartphone got an insanely high score; and is miles away from the second device on the list.

With the Huawei P20 and the P20 Pro already out, its only a matter of time before the Mate 20 makes an appearance. And appear it has. The flagship recently leaked on AnTuTu Benchmark, and it got an insanely high score. 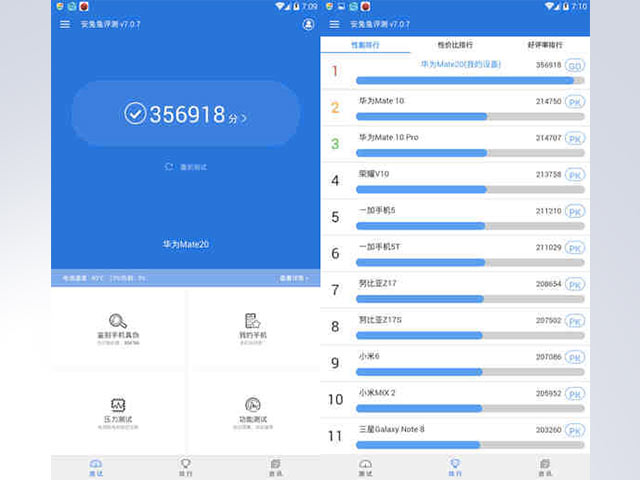 The leak also revealed the phone’s chipset. It looks like the Mate 20 is powered by a Kirin 980 SoC. The processor is rumored to use Cortex-A75 high performance cores, a second generation NPU, and a superior GPU.

No other information is available so far. The Mate 20 is yet to be announced, but judging by the benchmark scores, it looks promising.