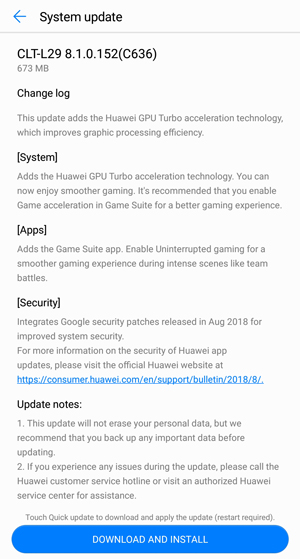 According to the release notes, the OTA brings a smoother gaming experience which can be activated via the Game Suite app. The new app also adds other features, such as an Uninterrupted Gaming mode.

To those updating, make sure to do a back up of your files before proceeding. The update won’t erase your personal data, but if things go wrong, you won’t lose any of your files and photos.