If you have an old Samsung smartphone that hasn’t been used for some time kept in storage, you may want to check if its battery is okay.

YouTuber Mrwhosetheboss recently released a video that should trigger alarm bells for those who have old Samsung phones. The YouTuber has amassed a ridiculous collection of smartphones through the years. Upon checking, he found out that the older Samsung devices were suffering from swollen batteries, so much so that the back panel of some of these devices was popping off.

Mrwhosetheboss wasn’t the only one who noticed the issue. YouTubers MKBHD and JerryRigEverything also noticed the same, adding that other smartphone brands are not experiencing swollen batteries.

And on a personal note, a couple of years back, my brother suffered a similar issue with a Galaxy A series smartphone. The battery swelled and popped off the back panel.

But this doesn’t seem to happen to all Samsung phones though. SAMMOBILE reportedly checked over 100 old Samsung phones and found that none of them have battery issues. They did say, however, that they kept the devices in an environment with “moderate temperatures and plenty of ventilation.”

The issue is concerning, mainly because of Samsung’s history with battery issues. In 2017, a defect in the Galaxy Note7’s batteries caused it to explode.

Samsung has since learned from that lesson, incorporating a series of quality and safety checks into their processes which included additional protocols such as the multi-layer safety measures and the 8-Point Battery Safety Check. What’s more, they also formed an external advisory group to ensure they maintain a clear and objective perspective on battery safety and innovation.

Samsung has yet to issue a statement regarding the matter.

However, whatever the truth may be, it might be prudent to just check any old smartphone you have laying around that hasn’t been used for some time for battery issues. 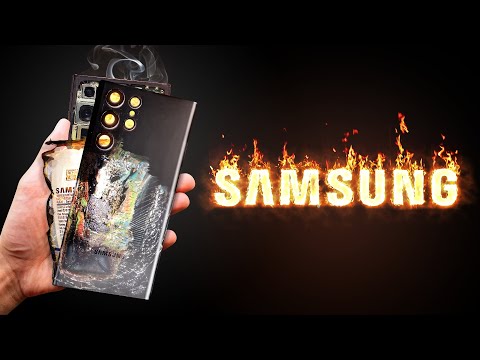