HTC just gave us another reason to go Android.

The Taiwanese company has recently announced the HTC Sensation, a 4.3-inch handset which features a 1.2 Ghz dual core CPU.  Dubbed by HTC as a “multimedia superphone”, the device features a contoured qHD glass display similar to the Google Nexus S, something to protect the device from scratches if placed face down on a surface.  A concave screen is also supposed to give the user a comfortable touch experience.

The HTC Sensation runs Android Gingerbread 2.3 with Sense 3.0.  It has an 8 megapixel rear camera with dual LED flash that shoots video with frame rate of 30fps at 1080p resolution.

The new Sense UI has an active lock screen which can now display updates.  It now also does 3D transitions and includes an improved weather app.  Also new in Sense 3.0 is the HTC Watch, a service that lets you download DVD-quality movies. 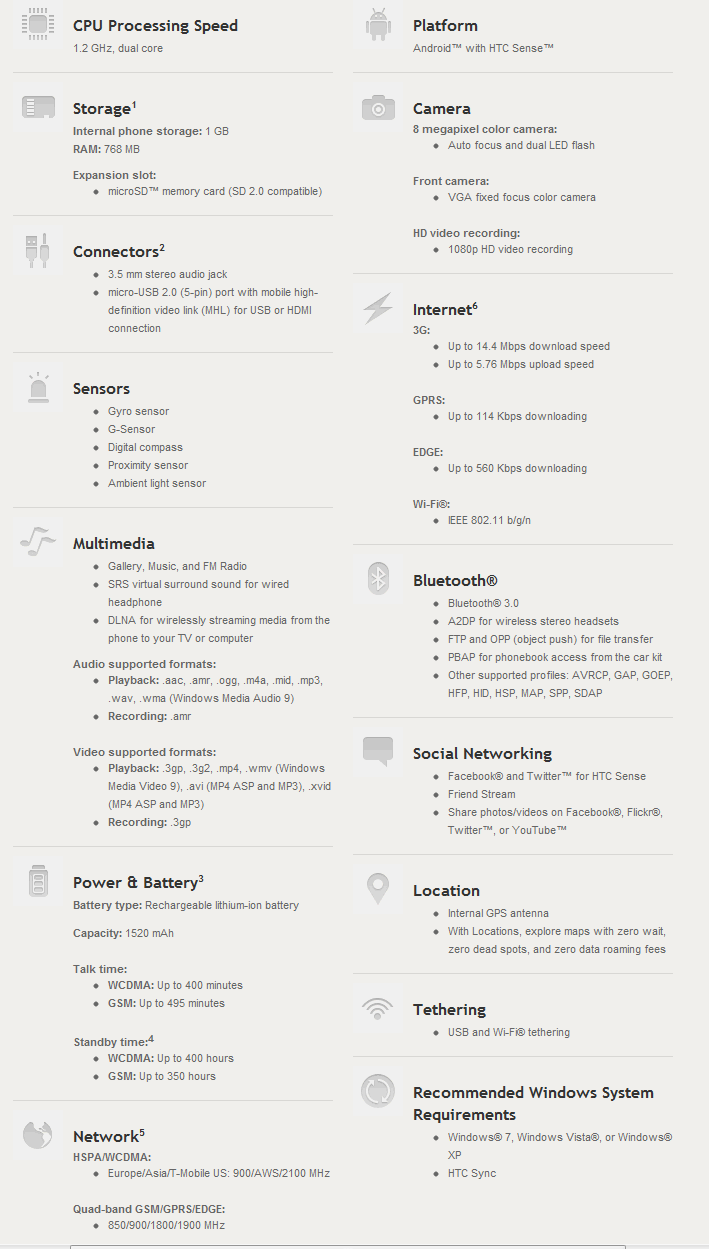