Amidst serious threat from the rising popularity of Android tablets, Apple has affirmed its position as a market leader with the release of the iPad 2.  The device has many improvements from the original iPad. It is now faster, lighter and thinner. 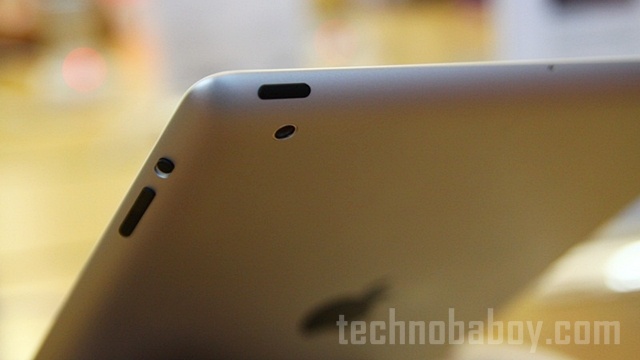 The iPhone 4’s slim profile is impressive enough but you will wonder how Apple has made the iPad 2 even slimmer than the iPhone 4.  When placed side by side, the difference in thickness between the iPhone 4 and the iPad 2 becomes very obvious. 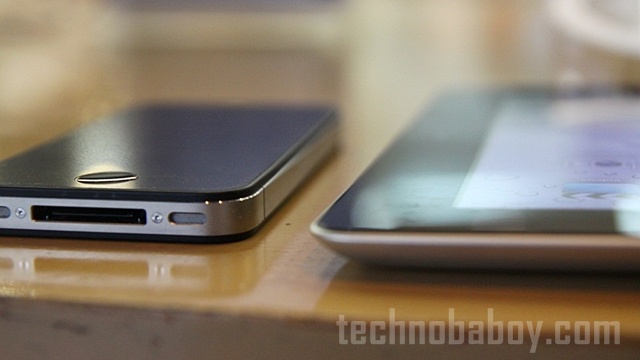 The iPad 2 is still heavy when you hold it, and if you have used the first iPad, you don’t immediately realize the change in weight.  The iPad 2 is still sufficiently light for handheld use, although at 1.3 lbs, holding it for a long time puts serious strain on the arms.  The size of the screen is unchanged and the dimensions of the bezel have barely changed. 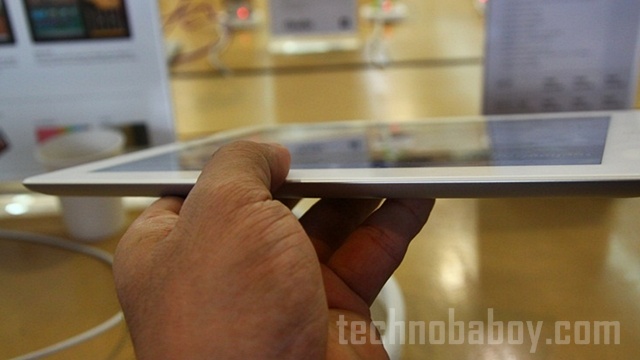 Features in the iPad 2 that were not in the first iPad are the dual core CPU, front and rear-facing cameras, and three-axis gyro.  To make improvements in processing speed, Apple bumped up the RAM to 512MB and used a faster graphics processor.

The iPad 2’s screen is similar to the first iPad.  It still measures 9.7 inches and still carries a 1024×768 screen resolution.  Apple should use the Retina Display in the next iPad as the current screen creates annoying glares at certain angles. The iPad 2’s glossy screen is good when the device is used indoors but I can only imagine how hard reading will be when you bring the device outside. 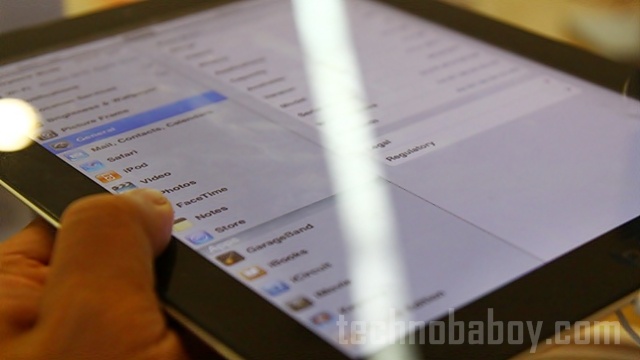 Navigating the iPad2 is much faster now and apps appear quicker to load.   The zippy performance can be attributed to the faster CPU and graphics processor.  Graphics-heavy apps are a delight to use in the iPad 2.  If you are thinking of getting the iPad 2 to play games, you’ll be happy to know that the iPad 2’s screen size and processing speed are great for playing games.  Websites also load faster on the iPad 2. 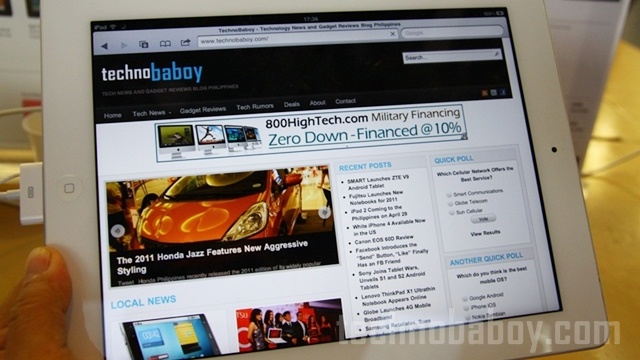 Apple’s iOS 4.3 is the OS pre-installed on the iPad 2.  Compared to iOS 4.2, nothing much has changed looks-wise but there are actually significant differences in features.

The iOS 4.3 has the new Nitro JavaScript engine that’s imbedded in the Safari browser.  The faster speed shows when you use JavaScript-heavy web applications such as Facebook. There is also AirPlay upgrades and Home Sharing. Home Sharing allows you to play your media from another machine on your WiFi network.  Also pre-installed into iOS 4.3 are FaceTime and Photo Booth. Photo Booth is a great time killer and you’ll love the photo effects you get from this app.

iMovie and GarageBand come preinstalled with iPad 2.  These are great additions considering that they are worth $4.99 each in the App Store.  If you are familiar with these apps, you’ll notice that they have been tweaked for touch-screen use.

If there is anything I hate about the iPad 2, it’s the camera. When I took pictures with the iPad 2’s camera, the results were awful.   The photos were so bad it was as if I took them with a VGA camera.  I noticed grainy textures on the photos I took.

If the rear camera is garbage, the front camera is of course much worse. If you are looking to make the iPad 2 an alternative to your digital camera, you’ll be severely disappointed.  Do not count on the iPad 2 to take high quality images.  The iPhone 4 even takes much better pictures than the iPad 2.

Apple has made a great innovation with the Smart Covers.  Instead of a cover which wraps around the device, the Smart Cover simply attaches to the side of the iPad 2 through magnets.  It protects the iPad 2’s screen and puts it to sleep when you close the flap, and wakes it up when you open the flap.  The Smart Cover also doubles as an iPad 2 stand.  If there’s anything bad about the Smart Cover, it’s the fact that it only covers the screen.  If you need total protection for your iPad 2, you might want to get something that completely covers the device.

The iPad 2 is undoubtedly a thinner, lighter and faster version of the first iPad. The iPad 2 is, without question, the tablet to beat.

Changes from the original iPad are almost minimal in terms of aesthetics but the features have been definitely improved.   There may be Android alternatives to consider but they are not as good as the iPad 2.  At least not yet.  And when you take into account the apps that are natively supported by the iPad 2, there is no other tablet worthy to take the place of the iPad 2 as a market-leading device.

If you are currently using the original iPad, there is really no reason to upgrade.  Your iPad is still a very capable device and what you only miss if you don’t upgrade are the cameras.  If you are a planning to purchase your first tablet, however, get an iPad 2.