I’m skeptical about rumors about the iPhone 5.  There has been so many things being written about how the iPhone 5 might look or what the specs could be.  Since Apple is very good at keeping secrets when it comes to its products, except for that incident when the iPhone 4 was left in a bar, I won’t believe anything said about the iPhone 5 until it comes out from Apple itself.

Having said that, someone from Twitter tipped me about a site selling iPhone 5 bumpers.  The cases come in different colors and from it’s shape, one could make out a curved phone similar to iPhone 3GS, only wider.  This is the photo I saw in the site. 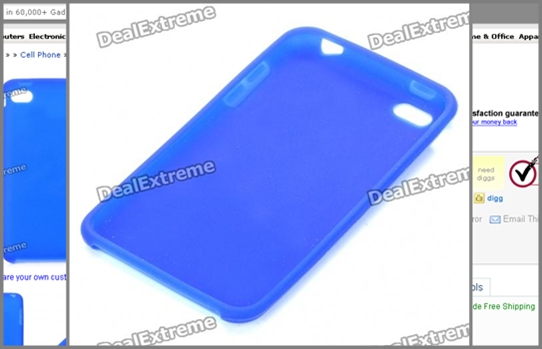 What’s fishy, though, is that the case in the homepage banner is different from that in the actual product page.  Here’s the photo you see on the home page banner.  However, the location of the holes for the buttons are identical.

My take? This is just a stunt by the site.  you can read the name on the photo below.  I would’t go as far as linking to the site as it could be one of the things the site owners expect to get from posting alleged iPhone 5 cases.

Decide for yourselves.  My hunch is this is not meant for the real thing.  Although I could be wrong.