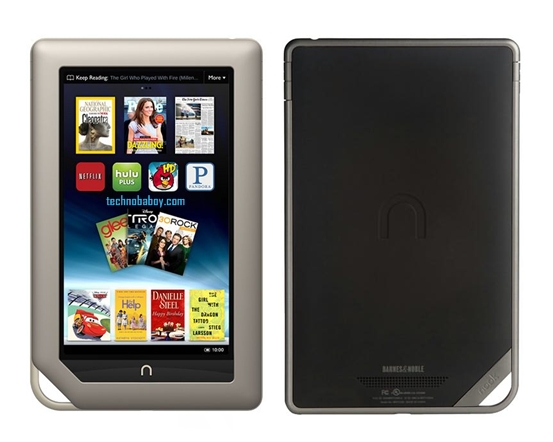 It was just a matter of time.  After Amazon launched the Kindle Fire tablet, Barnes & Noble naturally wanted a tablet that can compete with the Fire.  The new Nook Tablet is its answer.  In terms of looks, the Nook Tablet is almost identical to the Nook Color, including the distinctive metal bar in one of the corners.

Specs-wise, the Nook Tablet has a lot to offer.  It features a 7-inch IPS display with full lamination, ability to play video up to 1080p and 16GB of built-in memory expandable via microSD slot.  It is preloaded with Netflix and Hulu Plus for users in theUSand access to magazines, periodicals, and comics.  The device promises 11.5 hours of battery life.  It runs Android Gingerbread but it has no access to the Android Market.

The Nook Tablet has better specs compared to the Amazon Kindle Fire tablet.  It has a better display, a bigger storage (which is expandable), more RAM, and it is lighter.  However, the Kindle Fire is cheaper at $200 as the Nook Tablet is priced at $249.

The Barnes & Noble Nook Tablet is now up for pre-order and is expected to start shipping next week.