I have been playing with Iris for days now and I find the app pretty entertaining.  Iris is like Siri, but for Android devices.  The name is SIRI in reverse, so you know that the app is really trying to be like Siri and the developers are obviously flaunting this fact.

There are many apps that imitate Siri and almost all of them are quite frustrating.  They are buggy, clunky, and lack the features that made Siri a hit on the iPhone 4S.  Iris is so far the best Siri-wannabe I have ever used.  It is still on Alpha stage so it’s bound to get better over time.

Iris is from the developer Dexetra, but the app is made possible in collaboration with ChaCha, Kiip, World Weather Online, Yahoo Finance, YouTube, Bing, DuckDuckGo and Twitter.  To be able to us the app, you have to have internet connection either through Wi-Fi or 3G.

Iris has a lot of features and does a lot of stuff that Siri is able to do.  Of course the main feature of Iris is voice search, which is done by simply asking Iris your questions.  It’s quite effective with search, and almost all the time, it turns in relevant answers.  For the list of features, here are the things Iris can do:

Iris does these stuff quite effectively, although with respect to finding establishments, it’s obviously not meant for establishments in the Philippines.  The voice recognition on Iris is quite impressive especially if you are talking in a quiet environment.  In terms of percentage, I’d say it gets what you’re saying 90% of the time.  You have to have an American accent though, otherwise the app will not be able to effectively do the tasks.  The app proved to be helpful when you’re inside a car driving or whenever you are otherwise preoccupied and just need someone to do the searching or typing or dialing for you.

The UI for Iris is well designed.  It looks good and quite honestly, it appears to be designed for Ice Cream Sandwich as the blue theme is obviously ICS inspired.  You use Iris the way Siri is used.  There’s a button at the bottom which you press when you want to interact with Iris.  The app has a few settings adjustments, one for enabling question playback, one for enabling answer playback and one for network timeout.

Here are screenshots of the app. 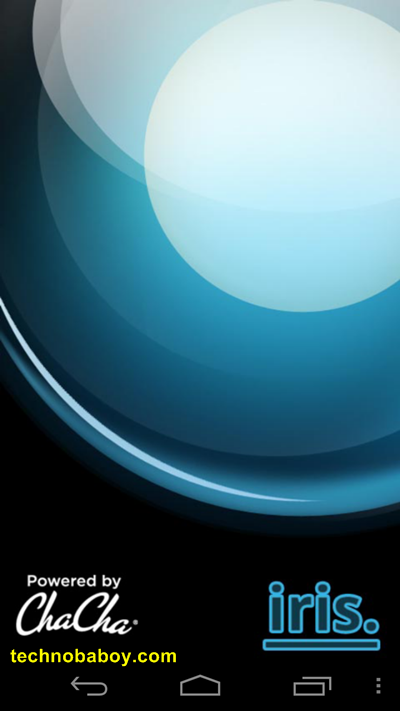 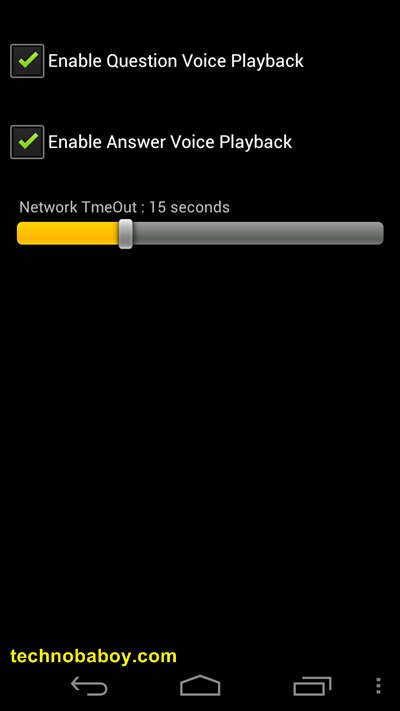 The app is not a resource hog and works even on lower end Android phones.  I have seen it used on an LG Optimus One and it’s just as fast and as effective.  Just like Siri, Iris is also quite funny at times.  Look at these answers I got to some of the questions I asked Iris. 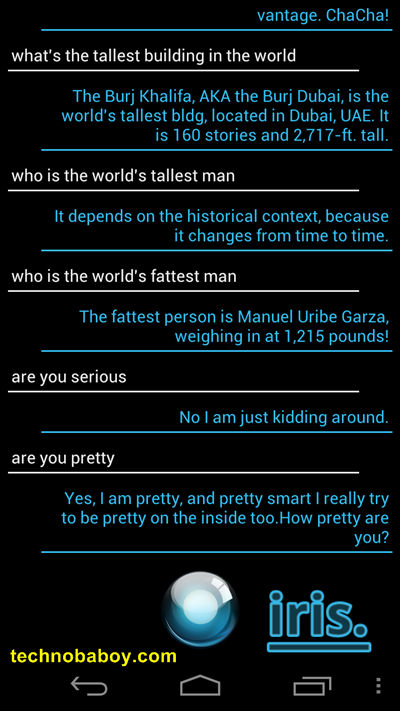 Iris is already a good app at this point and what’s impressive is it’s only on Alpha build.  I can’t help but be excited for the developers as it appears that this is the first real answer to Apple’s Siri.  Of course it’s not a “true” assistant the way Siri is but it has the potential to be.

If you’re on Android, download Iris now from the Android Market.  You’ll enjoy it.