I’m loving Nokia’s recent phones.  I love the Nokia N9 and the Lumia 800, and the recent one to have impressed me is the Nokia 700, a Symbian Belle-toting handset.  Read the rest of the review to find out why I think the Nokia 700 is an impressive phone.

The Nokia 700’s hardware set is not mediocre by any standards. It has 1 GHz processor, 512MB RAM, 2 GB internal storage, a 5 megapixel camera, NFC capability and a Gorilla Glass reinforced 3.2-inch ClearBlack AMOLED screen.  It’s not gunning for the best phone award but with these specs, the Nokia 700 is one solid phone.

At 3.2-inches, its display is tiny compared to leading handsets.  But this could be one of its selling points.  The Nokia 700 is small enough to be operated by just one hand and it’s very easy to carry around.

As to build quality, we known that Nokia is one of the best when it comes to hardware.  If you don’t still believe this, look at the Nokia N9.  In the Nokia 700, I saw a solid, well-built and beautifully crafted handset. The finish is superb and the design feels right on the hand.  I love that the display of the Nokia 700 has a black bezel as this adds to the premium look of the phone.

As to ports and buttons, the Nokia 700 has the usual set.  Conveniently located at the bottom of the display are the Call, Home and End Call buttons.  Below these buttons is a recessed area which hosts the metallic speaker grille.  The bottom gives the impression that the Nokia 700 is a slider phone but it’s actually not.

On the right side of the phone are the volume rocker, the lock button and the shutter key.  There are no buttons on the left side. At the top are the charger plug, a microUSB port and a 3.5mm headphone jack.

At the back of the phone is the 5 megapixel camera lens and the LED flash.  The back cover of the Nokia 700 is made of metal, and sports a brushed metallic blue finish.  It snaps on perfectly and can be easily removed through a latch.  Opening the back cover reveals  the battery and beneath are the SIM card tray and the microSD slot.

The 3.2-inch ClearBlack AMOLED display is one of the best features of the Nokia 700.  The phone delivers crisp, sharp and high contrast display.  It has well saturated colors and also surprisingly offers nice viewing angles.  The 360×640 resolution looks good on the small display and it translates to an impressive 220ppi pixel density.  Here is the Nokia 700 beside the Samsung Galaxy Nexus and the iPhone 4.

I have to admit I belong to the group that doubted whether Nokia can still make Symbian an interesting OS.  I was dissatisfied with the kind of user experience offered by the previous versions of the Symbian OS.  Up until Symbian^3, I found the OS clunky, less polished than the competition, and counter-intuitive.  With Symbian Anna, Nokia showed it could improve the OS and now with Symbian Belle, I’m beginning to think Nokia can still transform Symbian into a great OS.

Here’s my impression of Symbian Belle based on my usage of the Nokia 700 – it’s better than previous Symbian versions by a mile.  The OS is faster and more polished, although admittedly still not as polished as Apple’s iOS.  Compared with Android 2.3 Gingerbread, it is surprisingly as quick.  In fact in terms of transition animations and icons, Symbian Belle is prettier than Android 2.3. Taking into account the previous versions of Symbian, Symbian Belle is impressive and definitely a step in the right direction for Nokia and Nokia 700’s beautiful screen make Symbian Belle even look better.  I’d love to see where Nokia will the Symbian next.

Among the notable features of Symbian Belle are an updated the home screen, a dynamic lock screen, live widgets, a pull-down taskbar and notification menu, resizable widgets and connectivity switches.  It also has a landscape mode which is useful for a handset with the size of the Nokia 700.  Each homescreen on Symbian Belle has a separate wallpaper.

Here are a few shots of Symbian Belle’s interface.

The camera UI on the Nokia 700 is quite good.  It’s intuitive and has many options and features.  It has face detection, color tone selector, and adjustments for exposure, sharpness, contrast and white balance.

Nokia has a good reputation when it comes to the quality of cameras on its phones so I was expecting a lot from the Nokia 700, not too much I guess but just the quality expected from its price tag.   Alas, I was a bit disappointed with the Nokia 700’s camera.  It takes acceptable photos but what I noticed is that they lack sharpness and detail, although it has a good color rendition and a pretty accurate exposure.  The Nokia 700 has a fixed focus camera, so it’s quite tricky when it comes to taking photos. You can’t control the focus so that’s why shots tend to lack sharpness and detail.

The Nokia 700 is quite fast.  The Symbian Belle is a fast OS and the only occasional stutter I noticed was when opening widgets and loading big apps.  Otherwise, the OS is fluid, not to mention gorgeous.  Call reception on the Nokia 700 has no issues.  The phone delivers clear calls and also receives equally clear audio.  As to battery life, the 1080mAh Li-Ion battery lasts about 8 hours of continuous use which includes gaming, internet browsing, using a few apps, making calls and sending and receiving text messages.  If you are a light user, you can expect a longer battery life.

The Nokia 700 impressed me.  Not because it has the best set of specs, but because of its slim and solid design, its fantastic ClearBlack AMOLED display and a highly improved OS.  The Nokia 700 is small and sexy and in terms of finish and quality of materials, it can hold its own against premium handsets.  This is a testament to Nokia’s expertise in designing handsets.  What I don’t particularly like with Nokia 700 is the camera.  Although it is a 5 megapixel shooter, it has a fixed focus lens so shots tend to be blurred and less sharp.

The ClearBlack AMOLED screen of the Nokia 700 is one of its best features.  It is sharp and crisp, has very nice saturation and contrast, and is simply one of the brightest displays around.  It’s also reinforced by Gorilla Glass so that makes this not only a beautiful display but also a sturdy one.

The Nokia 700 is one of the first handsets from Nokia that run on the Symbian Belle OS.  In terms of looks and features, its by far the best Symbian OS and is a step in the right direction from Nokia.  I hope this gets further improved to make it really competitive with Google’s Android and Apple’s iOS. 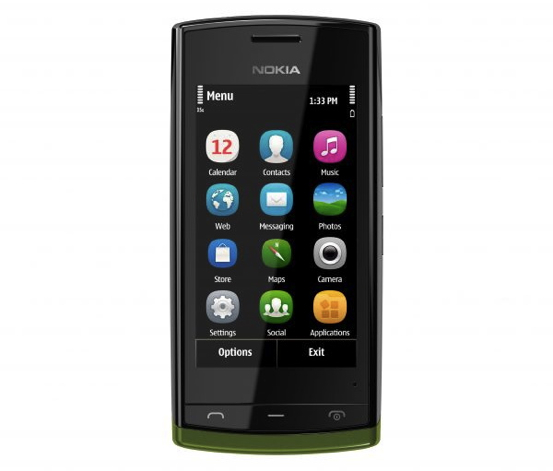 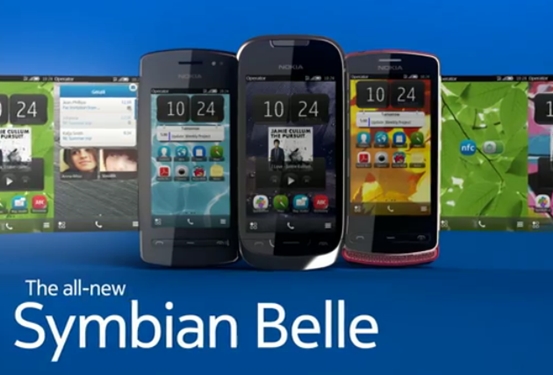