Samsung has released a limited edition Galaxy Tab 7.0 Plus.  This version has a graphite finish and according to Samsung, it will only be selling 1,300 units of this tablet nationwide.  Representatives from Samsung confirmed that the graphite version is a limited edition release as the regular tablet sports a white finish.  As to pricing, the graphite Galaxy Tab 7.0 Plus has a P22,990 price tag.  It will be available from February 16 to February 21 nationwide.

If you are quick enough, Samsung has an ongoing promo in selected outlets nationwide where you can get P2,000 discount.  This means you can get a new Tab 7.0 Plus for only P20,990.  The promo is only from February 17 to 19.  Personally, I think the graphite version looks better than the white version.  If you are set on getting a Galaxy Tab 7.0 Plus, better get this version.

Check out the posters below for more details. 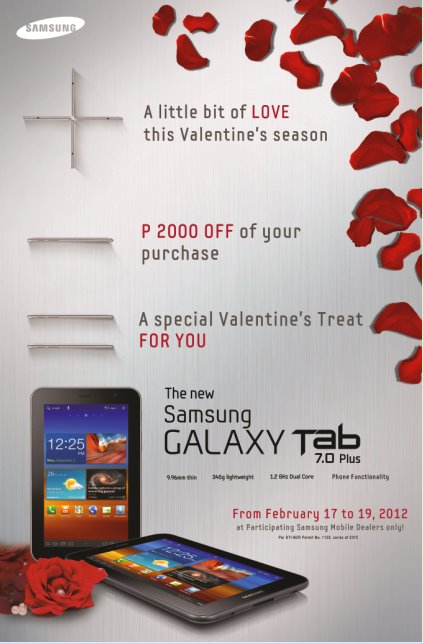