Sony Debuts Xperia U and Xperia P at MWC 2012

The Mobile World Congress did not only belong to HTC.  Sony also unveiled new smartphones at the event, the most notable of which are the Xperia U and Xperia P which join Sony’s NXT line of smartphones to which the Xperia S belongs.

The Sony Xperia U is the lesser phone of the two, featuring a 3.5-inch Reality Display, a 1GHz dual-core processor and a 5 megapixel camera.  This will run Android 2.3 Gingerbread at launch but an Ice Cream Sandwich upgrade is just around the corner.

The Xperia U comes with xLoud and Sony 3D surround sound audio technology that will let users get crisp and loud sound output from the phone.  Users can also take advantage of the new Smart Headset for Android smartphones which features SmartKey application.

The Sony Xperia U will be available during the second quarter of 2012.

The Sony Xperia P is the more powerful handset, rocking dual-core CPU, 4-inch “WhiteMagic” display. The WhiteMagic display technology aims to deliver the brightest viewing experience according to Sony.  The phone also automatically adjusts the brightness of the screen to the surroundings to conserve battery life.  Sony has also paired the Xperia P with a SmartDock that offers connectivity to multiple screens with the idea of turning your phone into an entertainment hub. Other specs include an aluminum unibody, NFC, HDMI connectivity and 8-megapixel shooter with full HD video capture. 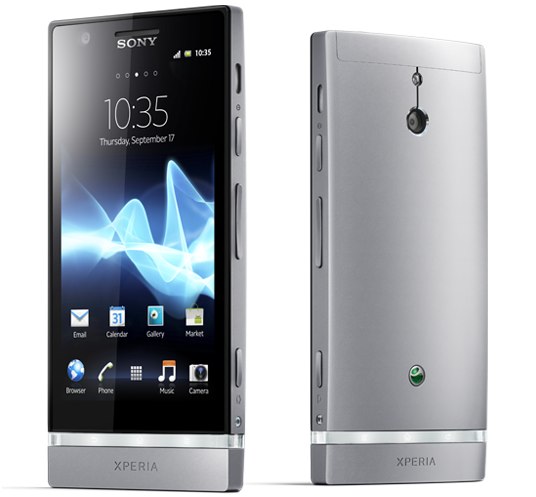 The Sony Xperia P will be available during the second quarter of 2012.