ADR Studio, one of the regular sources of iPhone mock-ups, just came out with another iPhone concept design. What’s nice about outfits like ADR Studio is that they go to great lengths to make the concepts very detailed, giving the impression that they will be going into production.

The new iPhone concept is called iPhone Plus and it looks to be the answer for iPhone fans clamoring for a screen bigger than the current 3.5-inch display.  The iPhone Plus also features an ultra-thin design it could in fact be called iPhone Razor.

The iPhone Plus has cutting-edge features, and it wouldn’t hurt if a few of these make to the real iPhone 5.

These are impressive specs but lest we forget, these are all imagined.

How close is the iPhone Plus concept to the iPhone 5?  The answer is, no one knows.  Well, maybe just the people from Apple.  It’s quite obvious though that the iPhone Plus will be far from how the iPhone 5 will look like.  I’m not claiming I know things about the upcoming iPhone 5 but it’s no secret that Apple is not a fan of huge screens, not the 4.3-inch size anyway.  The design is also too wide and too thin I imagine having a hard time using the phone.  Apple will likely not support this kind of user experience.

Props to the ADR Studio team though.  The iPhone Plus concept still manages to be pretty. 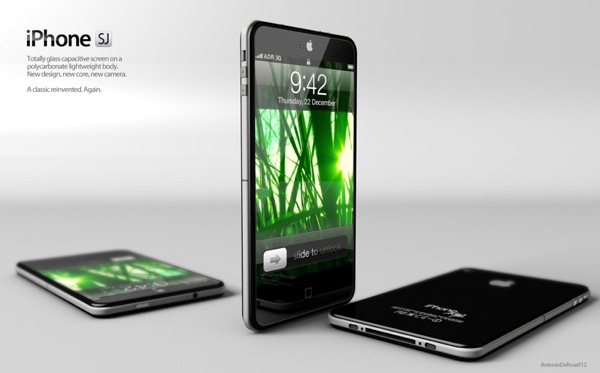