Have you ever wanted a BlackBerry but found the current handsets too pricey for you? Research in Motion (RIM) has a bit of good news.  No, it’s not the release of BlackBerry 10 but the announcement of a new BlackBerry handset.  The new handset is the BlackBerry Curve 9320 and although it’s not revolutionary by any means, it’s ultra cheap for a BlackBerry.  The device will be priced anywhere between $200 to $230 (about Php 8,500 to Php9,500).  This may be a hit in developing countries like the Philippines where BBM is slowly gaining some fans.

The specs of the BlackBerry Curve 9320 are not made to impress but it’s a good set nonetheless.  The handset will run on the latest BlackBerry OS 7.1.  It will have 2.44-inch 320 x 240 non-touch LCD display, a 3.2-megapixel camera, Wi-Fi, HSPA connectivity, mobile hotspot feature, a built in FM radio, 512MB RAM that is expandable via microSD, and a 1450mAh battery.  These are all housed in a 103-gram QWERTY form factor.

What RIM is trying to highlight on this handset is a dedicated BBM key on the side, so those of you who use BBM a lot, this could be a good improvement over current Curve handsets.  The overall design of the BlackBerry Curve 9320 is a big improvement over the older Curve models.  In fact, it looks like a  handset from the pricier BlackBerry Bold range.   The BlackBerry 9320 actually looks premium and expensive, belying its budget price.

Details on the availability of the BlackBerry Curve 9320 are still unknown. 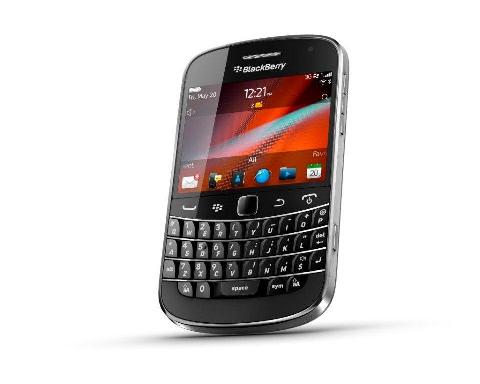