Samsung has several dual-SIM phone offerings but it has been reported that the Korean handset maker will be adding a new one to its line-up.  Samsung looks to corner every category and seems like it is going to make the competition in the dual-SIM category even tighter.   Most of Samsung’s dual-SIM offerings belong to the low-end class but the new offering is a bit mid-level.

Samsung is reportedly prepping the Galaxy S Duos S7562 handset which features a design that looks almost similar to the Galaxy S III it could actually be called the poor man’s Galaxy S III.  The Samsung Galaxy S Duos will have a 4-inch WVGA display, a 1GHz SnapdragonMSM7227A chip and a 512MB of RAM.  Not quite impressive specs but then again, this is a mid-level offering and the star feature is of course the dual-SIM feature.  This will go head to head with the HTC Desire V which is also a dual-SIM phone. 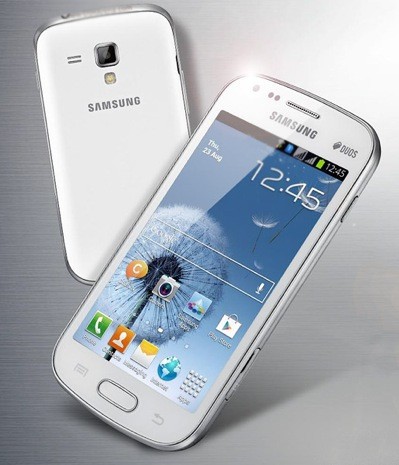 The launch for the Samsung Galaxy S Duos is rumored  to be in August while pricing is still unknown.