On Samsung devices, taking screenshots required pressing the volume down button and the power button at the same time.  This was the same mechanism on the Galaxy Nexus.  It appears that Google changed its policy on screenshots as it is also available now on the Nexus 7 tablet. 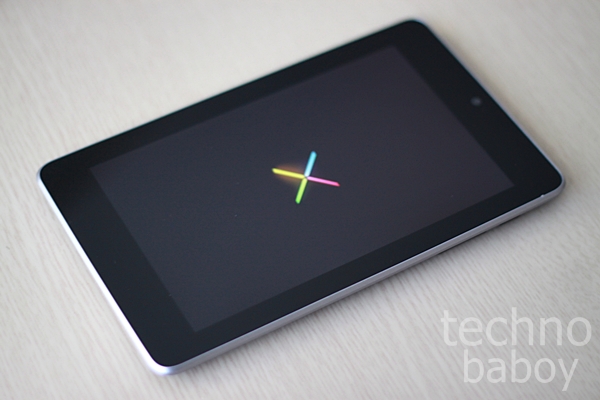 How to take a screenshot on the Google Nexus 7

Do this for about a second or two until you see an animation of the screen zooming out.  You’ll then see a notification on the notification bar saying that the screenshot has been saved. The screenshot is automatically saved in the Nexus 7’s Gallery folder under a subfolder named Screenshots.

From Ice Cream Sandwich to Jelly Bean, it appears that Google has indeed changed its policy when it comes to taking screenshots.