Samsung’s strategy is sometimes questionable.  It is fine to issue updated versions of devices but with the Galaxy S II, it doesn’t seem natural since there is already a Galaxy S III in the market.  The Galaxy S II is a fine device, I must admit, but releasing an updated version mostly with software updates does not seem logical.  A simple software update could have simply been made available to current owners, even for a fee if Samsung’s intention really was to earn something from it. 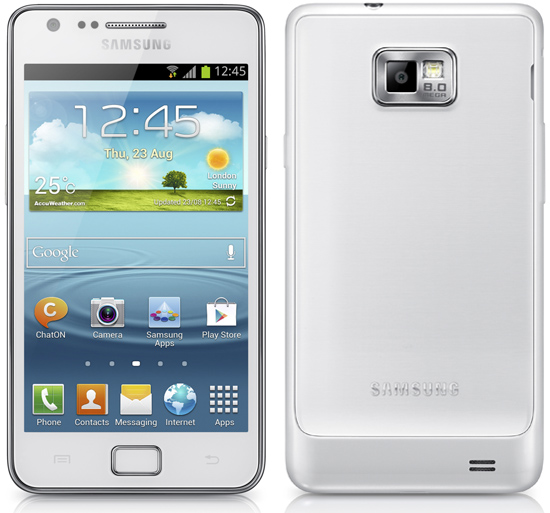 In any case, the Samsung Galaxy S II Plus still has the same display, the same processor and the same cameras.  In particular, the display of the Galaxy S II is a 4.3-inch WVGA(480×800) Super AMOLED Plus, the same type we saw on the Galaxy S II.  The handset is still powered by a 1.2GHz dual-core processor,  still packs an 8-megapixel rear camera and a 2 megapixel front camera, and is still powered by a 1650 mAh battery.   The internal storage has been surprisingly downgraded as it now only features an 8GB memory while the original version had 16GB and 32GB variants.  The Galaxy S II Plus has no 4G or LTE connectivity, so it’s basically still a 3G device.