The main specs of the Nokia Lumia 820 would include a 4.3-inch OLED ClearBlack display, 1.5 GHz dual-core SnapDragon S4 processor, 1GB of RAM, an 8-megapixel camera, 8GB of internal storage, 7GB free SkyDrive storage, microSD slot for expansion up to 64GB, 1650mAh battery and LTE connectivity.  This handset will therefore benefit from the LTE networks of Globe or Smart if fast mobile internet is what you’re after. The processor may be dual-core but it’s 1.5GHz and since it’s Windows Phone 8 running on this phone, performance should be quick and smooth.  While the Lumia 920 has a curved glass display, the Lumia 820 has a flat display.  It has a resolution of 800×480 so it’s not retina-quality. If you find this to be a non-issue, the Lumia 820 should be a good choice if you want to go the Windows Phone 8 route. The Lumia 820 is cheaper than the other choices in the market which includes offerings from HTC and Samsung. 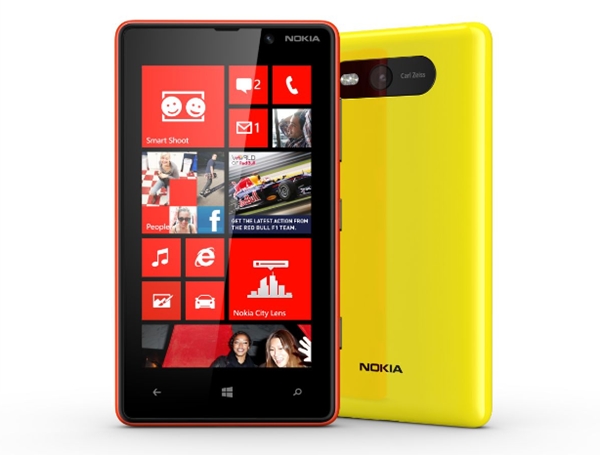 When it comes to the Lumia 820’s design, it’s obvious that the heandset is attractive.  It has a curved back with bright and glossy finish.  You’ll definitely get a few stares if you own a phone as beautiful as this.  What’s nice is that the back cover is interchangeable.  This means of course that the Lumia 820 doesn’t have a unibody construction like the other Lumia devices.  Some would actually prefer an interchangeable back cover instead of a unibody design since a removeable back cover means the battery is also removeable and replaceable. 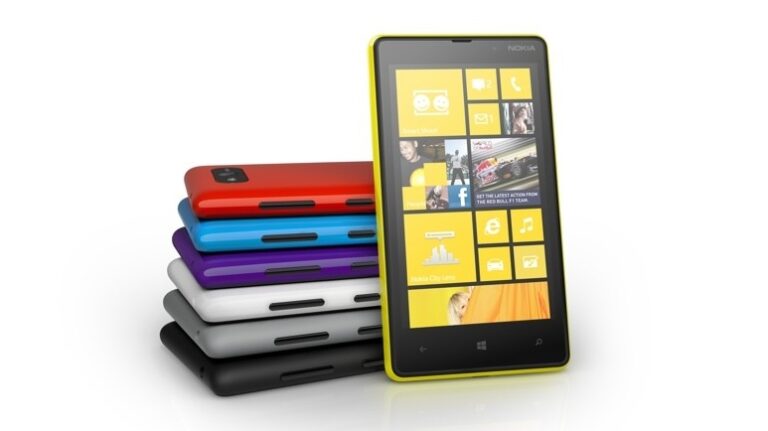